Actress Tonto Dikeh asked - Is that a name of a pig, fool or dead body?

Actress Tonto Dikeh went full-savage on a fan that wrote her ex-husband’s name in the comment section of her post. 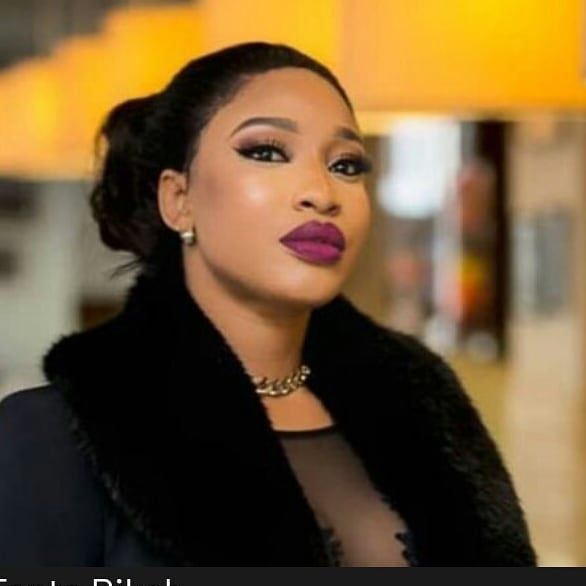 Tonto posted a video of herself and Nigerian football legend Daniel Amokachi dancing at an event on her Instagram page. One fan replied to her post by writing her estranged husband’s name to which she replied in the most savage way. The fan wrote “Heart attack for Mr. Churchill”.

Tonto who was clearly unimpressed replied the fan’s post by asking if that was a pig’s name or a dead person’s name. She wrote, “Is that the name of a pig, fool or dead body?” Tonto clearly wants nothing to do with her ex-husband after their divorce and made it very clear with her reply.

A few weeks ago, Tonto Dikeh announced she had changed her son’s surname to ‘Dikeh’. Her decision to change King Andre’s surname came on the back of the eruption between her and Olakunle Churchill. Amidst the backlash from a section of the public who argued her action was unwarranted, the actress without any equivocation rationalized her move.

“You people are sick in the head for questioning me about my son’s name!” she fumed. “Any of you f*ckers helped me push this baby? Did I give birth and it was your vagina or dick hole that expanded? Any of you pay all his goddamn bills? If the answer is no, you are a glorified idiot.”
Posted by cocowondersblog.com on April 20, 2019