What’s changed isn’t marriage, but the types of people who are likeliest to get married. 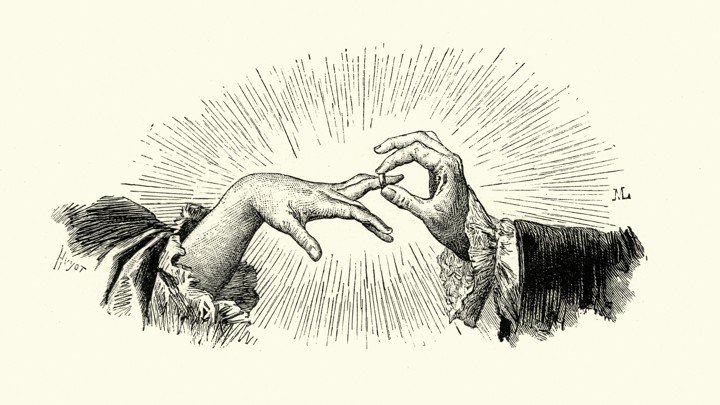 In the past 10 years, the percentage of American marriages that end in divorce has fallen, and in a new paper, the University of Maryland sociologist Philip Cohen quantified the drop-off: Between 2008 and 2016, the divorce rate declined by 18 percent overall.

After accounting for the rising average age of married Americans and other demographic shifts during that time, Cohen found “a less steep decline—8 percent—but the pattern is the same.” That is, the divorce rate in 2016 was still lower than one would have predicted if the demographics of married people were the same then as in 2008.

When I asked Andrew Cherlin, a sociology professor at Johns Hopkins University, how to make sense of this trend, he opened his explanation with something of a koan: “In order to get divorced,” he said, “you have to get married first.”

The point he was making was that people with college degrees are now more likely to get married than those who have no more than a high-school education. And the key to understanding the declining divorce rate, Cherlin says, is that it is “going down some for everybody,” but “the decline has been steepest for the college graduates.”

The reason that’s the case is that college graduates tend to wait longer to get married as they focus on their career. And they tend to have the financial independence to postpone marriage until they’re more confident it will work. This has translated to lower rates of divorce: “If you’re older, you’re more mature … you probably have a better job, and those things make it less likely that you’ll get into arguments with your spouse,” Cherlin says.

Divorce rates had been increasing since the mid-1800s, in part because of what Cherlin described as “a gradual growth in the sense that it was okay to end a marriage if you’re unhappy.” Divorces spiked after World War II, peaking in 1980.

Cherlin says that in the late 1970s, when he received his Ph.D., it was widely expected among researchers that the divorce rate would continue to rise. But it hasn’t, and what’s behind this unforeseen development is the decline of marriage—and the corresponding rise of cohabitation—among Americans with less education.

As the sociologist Victor Chen wrote for The Atlantic last year, those without college degrees were a few decades ago significantly likelier to be married by age 30 than were those with college degrees. Now, Chen notes, “just over half of women in their early 40s with a high-school degree or less education are married, compared to three-quarters of women with a bachelor’s degree.”
Chen connects this trend to the decline of well-paying jobs for those without college degrees, which, he argues, makes it harder to form more stable relationships. Indeed, Cohen writes in his paper that marriage is “an increasingly central component of the structure of social inequality.” The state of it today is both a reflection of the opportunities unlocked by a college degree and a force that, by allowing couples to pool their incomes, itself widens economic gaps.

So, looking at married couples alone doesn’t capture the true nature of American partnerships today. “If you were to include cohabiting relationships [in addition to marriages], the breakup rates for young adults have probably not been going down,” Cherlin says. In other words: Yes, divorce rates are declining. But that’s more a reflection of who’s getting married than of the stability of any given American couple.

Joe Pinsker is a staff writer at The Atlantic, where he covers families and education.
Posted by cocowondersblog.com on September 04, 2019