Why will I belittle my self to call a woman...I am a man...Interesting Story By Gloria Omaliko - Kalu... 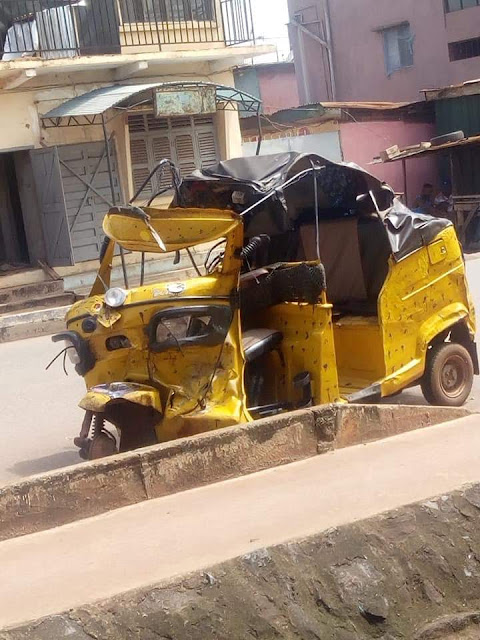 In front of my Hubby's office, an accident happened. The woman was driving a Camry and ran into a Keke man damaging the Keke beyond repair. The woman paid for the hospital bill and thank goodness it wasn't a serious injury.

The woman asked Keke man to give her his number so she can call later and see what she can do to purchase a new Keke for him. He refused. Hubby got the woman's number and assured her he will get the number. Hubby then persuaded the Keke man to give him his number which he reluctantly gave and hubby sent it to the woman.

Note: Woman is a top security officer. Oga Keke man has three kids and a jobless wife that depends on him. He obviously is poor and needs help.

Guess what the Keke man told hubby "Why will I belittle my self to call a woman. I am a man and should not beg any woman for anything".