Son of former Nigerian President drags wife to court over allegations of domestic violence one year after the wedding... 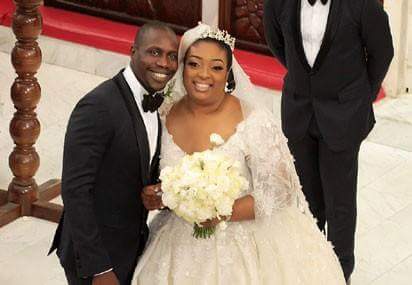 One year after their society wedding, the marriage of Olujonwo, son of former president Olusegun Obasanjo, and his wife, Temitope, daughter of billionaire businessman, Kessington Adebutu, is in crisis as Olujonwo has dragged his wife before the Ogun State Judicial Service Commission and the Magistrate Court in Lagos Island over allegations of domestic violence meted on him since their marriage was contracted.

In the court papers, Olujonwo accused Temitope of subjecting him to repeated acts of domestic violence since their wedding was contracted in May 2017. He said that Temitope has repeatedly threatened to kill him. According to him, few weeks after their wedding, he found a knife she had kept under their matrimonial bed and had planned to use it to attack him. Olujonwo said in the night, Temitope woke up and asked for the knife and he denied removing it. He said Temitope told him that she would kill him and nothing will happen. 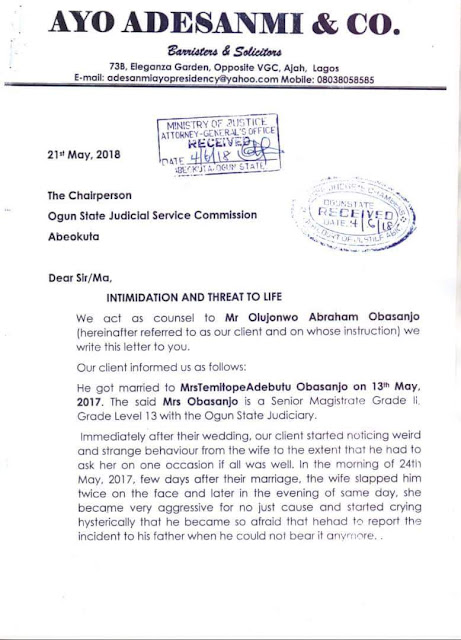 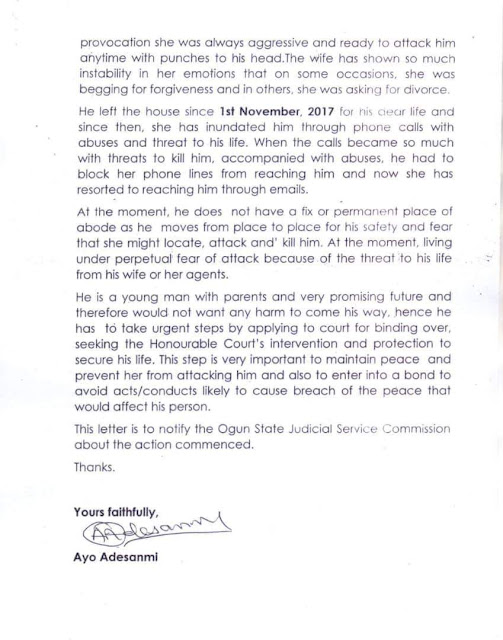 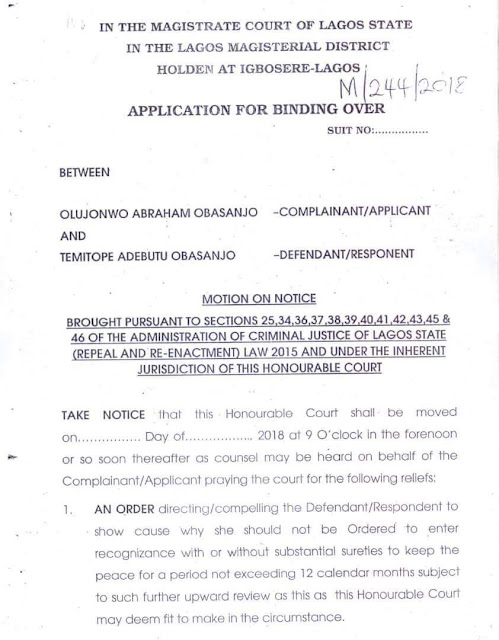 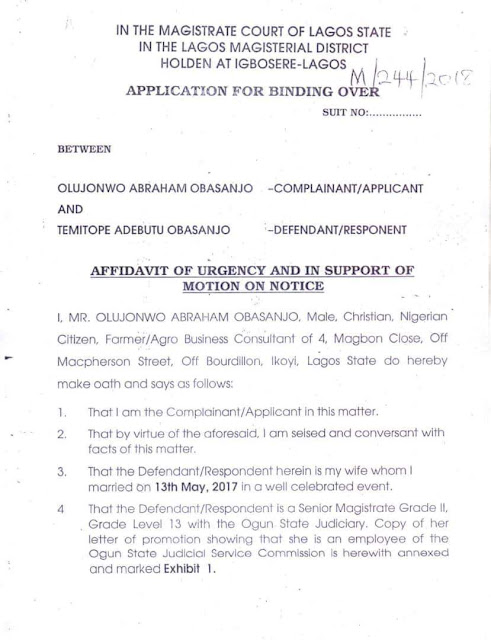 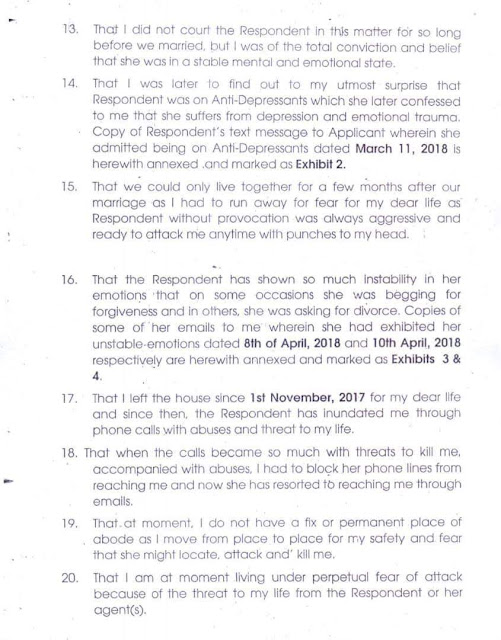 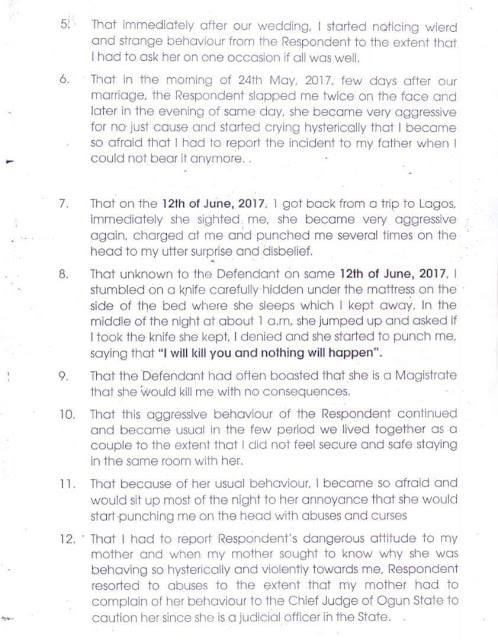