Melaye Hurts Self As He Jumps Out Of Police Vehicle... 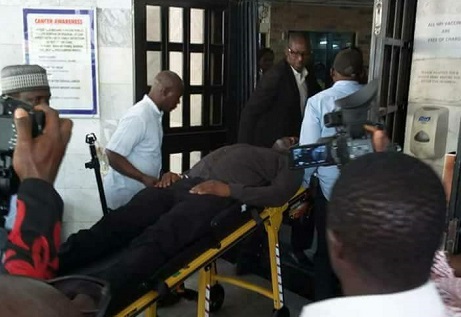 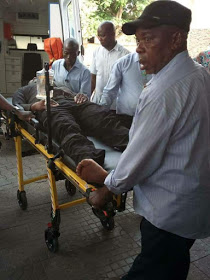 Vanguard had reported that the police was to parade of Melaye and other criminal suspects among them the re-arrested suspects who had escaped from the prison cell, is to be conducted by the Deputy Force Public Relations Officer, Aremu Adediran, a Deputy Superintendent of Police, DSP.

He is to carry out the parade assignment on behalf of his immediate boss, Jimoh Moshood, an Assistant Commissioner of Police, ACP, who is currently in China on a course. Senator Dino Melaye, who was arrested Tuesday morning by operatives of the Nigeria Police drawn from its Special Anti-Robbery Squad, SARS, has been reported to have jumped out of the moving vehicle while he was being taken to Lokoja. Dino Melaye in the process was said to have injured himself and was taken to Zanklin Hospital in Abuja
Posted by Unknown on May 05, 2018