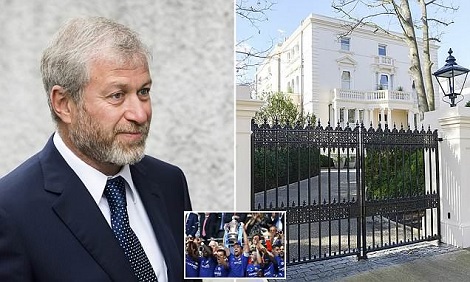 Chelsea's Russian owner Roman Abramovich has not yet had his visa renewed after it expired last month, it has been reported. The billionaire, who did not attend yesterday's FA cup final which his team won 1-0, is said to have returned to his homeland and can't now enter Britain. Sources close to the oligarch said his request for a new visa had not been denied, but UK authorities were taking longer than usual to renew it without offering any explanation.

The delay emerged only weeks after the government said it was reviewing the status of more than 700 wealthy Russians who came into Britain on investor visas. There is no suggestion that Mr Abramovich is involved in any wrongdoing and it is unclear which type of visa he has been using.
Posted by Unknown on May 22, 2018