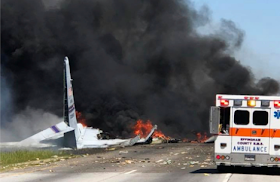 Ouch! There's a division in the camp! Rudy Giuliani said yesterday that President Donald Trump paid back his personal lawyer, Michael Cohen, the $130,000 in hush money that was used to pay off Stormy Daniels. The payment is going to turn out to be "perfectly legal," Giuliani said in an interview with Fox News' Sean Hannity.

"That money was not campaigned money, sorry," Giuliani said. "I'm giving you a fact now that you don't know. It's not campaigning

money. No campaign finance violation." Hannity replied: "Because they funneled it through the law firm?" To which Giuliani said: "Funneled it through the law firm, and the President repaid him." Giuliani recently joined Trump's legal team in an effort to bring special counsel Robert Mueller's investigation into Russia's 2016 election meddling and any possible coordination with the Trump campaign to an end.

The addition of Giuliani came following the departure of Trump's former lawyer John Dowd. Trump previously denied knowledge of the payment, which has since spurred a lawsuit against the President.
Posted by Unknown on May 05, 2018