US President Donald Trump says the FBI's raid on the offices of his personal lawyer was a "disgrace" and an "attack on our country". "I have this witch hunt constantly going on," he told White House reporters. Law enforcement acted on a "referral" from Special Counsel Robert Mueller, who is investigating suspected Russian meddling in the 2016 election.

Mr. Trump criticised the investigation and described Mr. Mueller's team as "the most biased group of people". 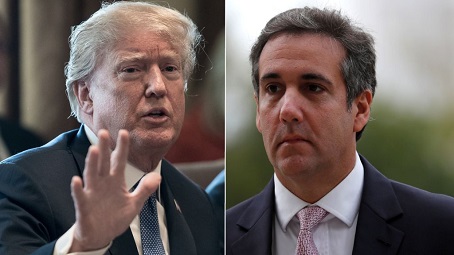