As the family members and friends of those injured after a van jumped the curb and mowed down pedestrians waited for news of their loved one's Monday afternoon. Alek Minassian was arrested shortly after and is facing 10 charges of first-degree murder and 13 charges of attempted murder in relation to the incident. 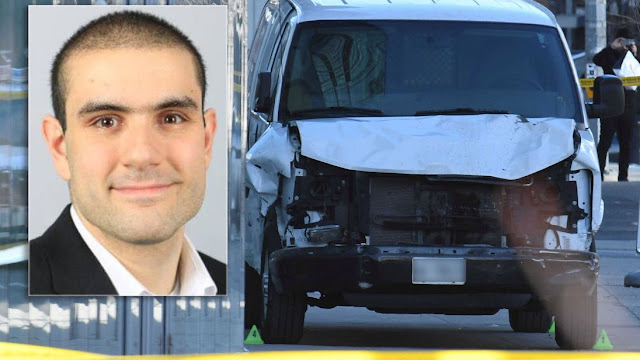 As doctors, nurses and other health professionals worked hard to tend to the injured, chaplains came to Sunnybrook Health Sciences Centre to tend to those waiting for news. “I’ve experienced a lot. I’m 75 years old. I have never had, ever, had a crisis situation like I did that day,” Reverend Peter White, bishop and senior chaplain for the Chaplin Offices of Canada, said. Though he wasn’t the official hospital chaplain, he said he “felt [he] needed to go” after hearing the news of the tragedy. He described a chaotic and emotional scene as people waited anxiously to receive news of their beloved.

“They were talking, mingling, crying, people that didn’t even know each other were hugging each other,” he said. “It was unbelievable — the commotion, the hurt, even anger, the frustration, not knowing what is happening but more than that, not knowing what to do.” He said he was happy to be there to provide comfort, no matter the religion of those he was trying to help. “In a crisis situation, it really doesn’t matter whether you’re known or not,” White explained.

“One of the greatest things a chaplain or a minister can do is just be present — hold their hands, give them assurance because, in situations like this, I’m sure today a few will remember, a few won’t even remember what you said.”

“I just pray that all those I met that day found some solace and comfort. Not for myself, but for all the other people that went to try to help to be there.”