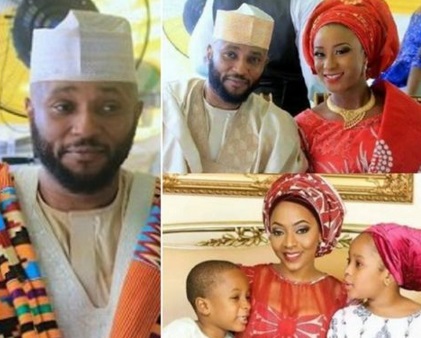 Atiku Abubakar’s son, Aminu, on Thursday took the battle of his children’s custody against his ex-wife, Fatima Bolori, to an Igbosere High Court in Lagos. Aminu asked the court to upturn a magistrates’ court’s decision which awarded the custody of his two children to Fatima, as well as a N250,000 monthly upkeep. Aminu told Justice Kazeem Alogba that the lower court disregarded his constitutional right of fair hearing before granting judgment in Fatima’s favour. The News Agency of Nigeria reports that on January 10, Magistrate Kikelomo Ayeye sitting at Tinubu on Lagos Island awarded full custody of the ex-couple’s daughter, Ameera, 11, and son, Aamir, 7, to Fatima.

The lower court held that Aminu failed to file a response to Fatima’s application for the children’s custody. But Aminu, through his counsel, Oyinkan Badejo, filed an application to the high court seeking leave to appeal the lower court’s judgment and another application for a stay of further execution of its terms. The first application, a motion on notice, was brought pursuant to Section 70 of the Magistrates’ Court Law, 2009 and supported by a 16-paragraph application. Badejo said, “In response to whether the applicant has shown sufficient grounds for the grant of the application, there is not more sufficient ground than the party’s right to fair hearing. “We arrived at the magistrates’ court at 12.30 p.m., believing the matter was for mention at 1.00 p.m.” She contended that the lower court erred by hearing and granting Fatima’s application for custody on a date the suit was fixed for mention. On the second application, Badejo urged the court to vary the conditions attached to the custody order.

Badejo said according to the lower court’s order, Aminu would pay his ex-wife N250,000 monthly for the upkeep of the children, beginning from January. She also said that Magistrate Ayeye ordered Aminu to carry out medical insurance on each child, among others. But Badejo said, “We are not seeking a stay of the execution of the judgment but some of the terms were onerous. “We were asked to pay N250,000 for the upkeep of two young children and medical allowances. We find that rather onerous.” Fatima’s counsel, Mr. O. N. Olabisi and Mr. Ethel Okoh, opposed Badejo. But in a bench ruling, Justice Alogba granted Aminu leave to appeal the lower court’s judgment. Further hearing was adjourned until May 17 and June 14.
Posted by Unknown on April 14, 2018