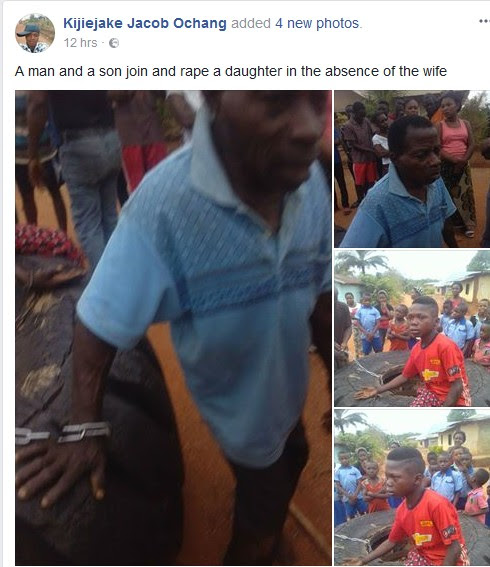 just when you thought you've seen it all, comes this shocker. A man has been apprehended for allegedly joining his son to rape his little daughter at their home in Eshiagurube Boki local government area of Cross River state.


According to a Facebook user who shared the pictures and narrated what happened, the shameless pair committed in an abominable act in the absence of the girl's mother (the man's wife). Both the father and son were apprehended and tied with a chain to a big tire before they were handed over to the authorities for proper investigation. 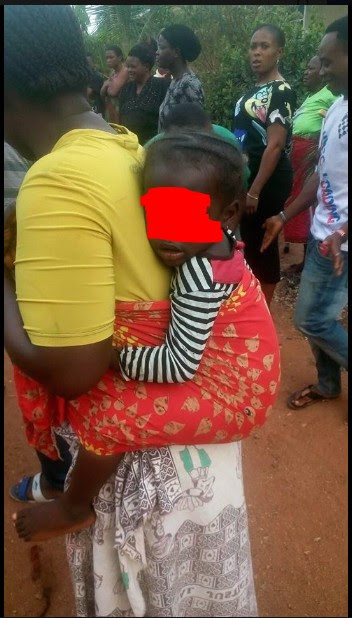