WHAT? School Bans Girls From Saying No If Boy Asks Them To Dance At Valentine's Day Disco 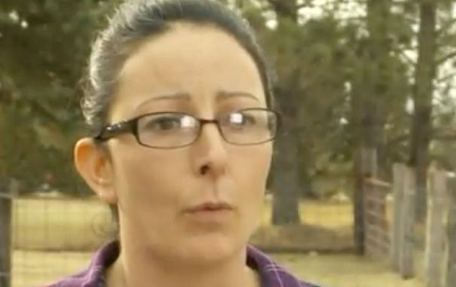 A mum has slammed her daughter's school for having a rule which means girls are not allowed to say no if a boy asks them to dance at a disco. Natalie Richard thought her daughter had misunderstood the teacher when she first told her about the rule but was outraged to discover it was true.

It means her daughter and the other girls in her class, all aged 11 or 12, must dance with boys if they are asked even if they don't want to. After hearing about the rule Natalie went and spoke to her daughter's teacher who confirmed it, reports Fox13.

She said: "The teacher said 'well she can't, she has to say yes she has to accept', and I said excuse me?" Angry and upset, she took her concerns to the headteacher of Kanesville Elementary School in Utah. "He basically just said that they've been doing this for a long time and they've never had any concerns before", she added. Speaking to Fox13 Lane Findlay, from the Weber School District, said the rule was to promote kindness. But Natalie isn't convinced.

She said: "I do see it from their perspective when it comes to that, but there are many other ways to teach children how to be accepting than with a social dance. "It sends a bad message to girls that girls have to say 'yes' and it sends a bad message to boys that girls can’t say 'no'. Before the dance, the children are given a card to write the names of people they would like to dance with on. If there is a problem with anyone on the list, they are allowed to say in advance.

The school has since agreed to send a letter and permission slip to all parents fully explaining the rule, but it is still in place.
Posted by Unknown on February 13, 2018