Fans of Brad and Jennifer want them to reunite and they are asking Brad to call Jennifer..LOL 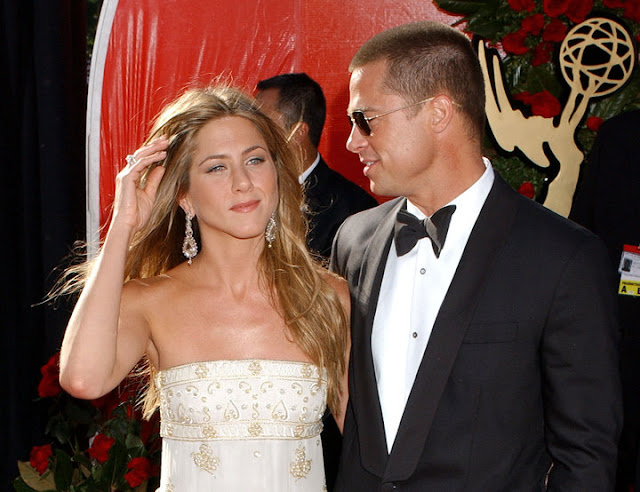 In 1998, under the bright lights of Hollywood, a beautiful, funny, all-American girl and a handsome, charming, all-American guy met and fell in love.

Those two people, Jennifer Aniston and Brad Pitt, got married, said some lovely things about one another in public and then ― like many celebrity couples ― got divorced. They had subsequent relationships (hi, Justin Theroux and Angelina Jolie), but their once-perfect union remained tabloid fodder throughout. People couldn’t help but fantasize about an eventual reunion.


Now, the dedicated enthusiasts who have obsessed over the ex-couple for the past two decades find themselves at a curious junction: Both Jen and Brad are single again. (Aniston announced her separation from Theroux on Thursday, while Pitt and Jolie split back in 2016.)

Like clockwork, these shippers came out of the woodwork this week to demand Aniston and Pitt reignite their flame. But why? What makes people feel so invested in the fate of these two once-wedded blonds? What do they think they’ll accomplish by tweet-begging for Brad to call Jen? 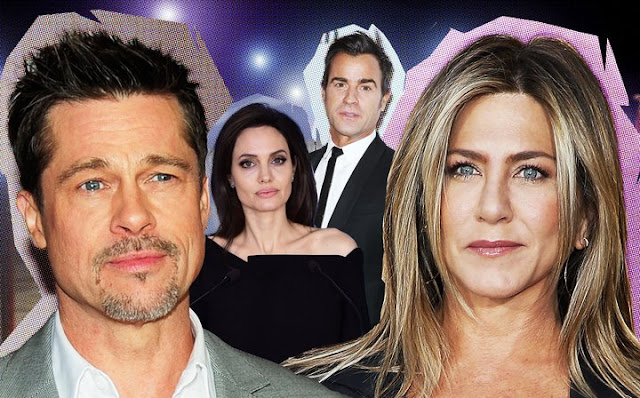 When Aniston and Pitt announced their separation back in January 2005, after nearly five years of marriage, the world mourned hard. Once news surfaced that Pitt had apparently fallen for his “Mr. and Mrs. Smith” co-star Jolie, and reportedly left Aniston as a result, media coverage spiraled out of control. Did Pitt cheat on Aniston? Did Jolie pressure him into getting a divorce? Was Aniston OK?


And it only escalated from there.


A few months after the breakup announcement, Pitt was pictured with Jolie and her adopted son Maddox on a beach in Kenya. A year later, the pair announced they were expecting a child together. The headlines read: “Angie’s Joy, Jen’s Pain,” “How She Stole Brad,” “Jen Breaks Down.” It was the “love triangle” heard ’round the world ― apparently, it still is.


On Thursday, Aniston and her husband Theroux ― who began dating in 2011   ― announced they’ve been separated since last year. The news came a little over a year after Jolie filed for divorce from the father of her six children, Pitt, amid claims of child abuse. (He was eventually cleared of the charges against him.)