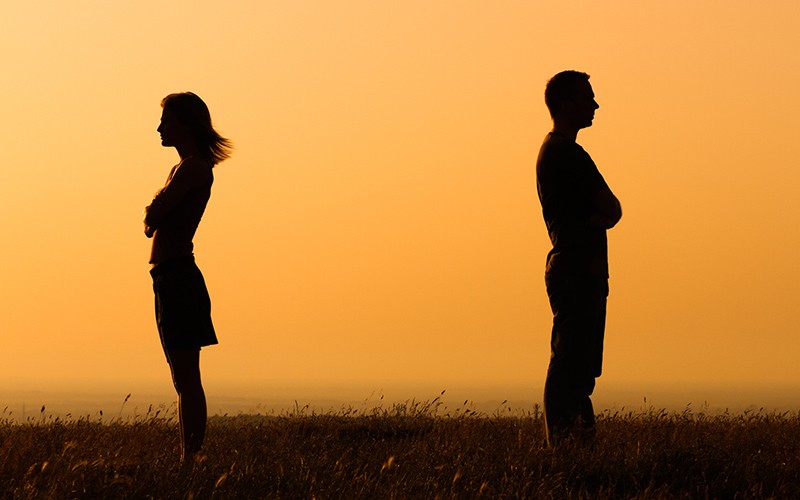 According to The Atlantic, Facebook has found a way to make the pain of a breakup a little easier to handle for people.
Read the report below.

This is good news because otherwise you'll be at risk of seeing photos, posts, and all kinds of things from your ex (or that they're tagged in) if you don't go through and unfriend/block everything from them.


In 2015, the social network started to test a feature designed to help you cut ties and get over your breakup a bit more gently. After you end a relationship on Facebook, you're taken through what the company calls a "breakup flow," wherein you can answer a series of questions about how much you do or don't want to see of your ex on Facebook. Ultimately, it'll even let you decide to never see them pop up in your newsfeed.
Although not all relationships are such that you'd be inclined to completely "take a break," as the feature is called, but if you're dealing with an especially painful divorce, the end of a serious long-term relationship, or are otherwise really struggling with the demise of your relationship, it definitely could help ease some of that pain.
Beyond blocking your ex completely or never seeing them in your newsfeed at all, the social media network will also let you archive your message thread with them or turn off the site's "scrapbook sharing" feature. If you want to be able to hold on to your conversation or make sure that you won't see those "on this day" posts of photos of the two of you from the past, Facebook's got you covered there too.
According to a 2013 study, spending more time on Facebook is associated with "negative relationship outcomes" like cheating, breakups, or divorces. This was only the case for those who'd been in their relationship for three years or fewer, not those in longer-term relationships. Although this was only one study, there are others that also show that the more time you spend on Facebook, the greater your chance of experiencing jealousy, relationship dissatisfaction, or the likelihood of a breakup.
Whether spending time browsing Facebook potentially contributed to your breakup or not, it's at least nice that it might be able to help you get over it.
Regardless of how you answer the questions in the "breakup flow," unless either of you unfriends or blocks the other, you'll still be able to go directly to their page and see whatever you'd like if you want to, as CNN reported.
And although limiting what you see of your former partner won't make the breakup a total breeze, it just might help you feel a little bit better until you're at a point where you're ready to see them occasionally pop up in your newsfeed again, should that day ever come.