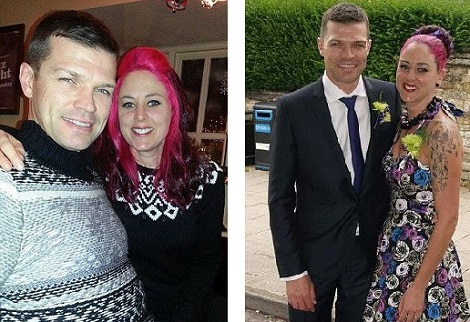 A lorry driver hanged himself in his home in Oxfordshire after his girlfriend Kate Reeves ended their 25-year relationship. Gary Tustain, 45, took his own life but did not leave a suicide note, an inquest heard.

The Spurs fan had no history of depression or anxiety and was 'normally happy'. The HGV driver was found hanged in the loft of his home in Tarragon Walk, Banbury, Oxfordshire, last October, the coroner was told. Recording a verdict of suicide, Oxfordshire Coroner Darren Salter said that although no note was found, there was enough evidence to show Mr. Tustain intended to take his own life.
'Sadly Mr. Tustain hanged himself. Did he intend to take his own life? I think on the evidence he did so,' he said. His obituary described him as a 'much-loved son of Norma, stepson to the late Derrick. Loving brother to Lindsey, Sandra, and Pauline. Best friend and partner to Kate. Devoted uncle to Kirsten and Kayla'. Since his death, friends and family have posted tributes on social media.
Posted by Unknown on February 03, 2018