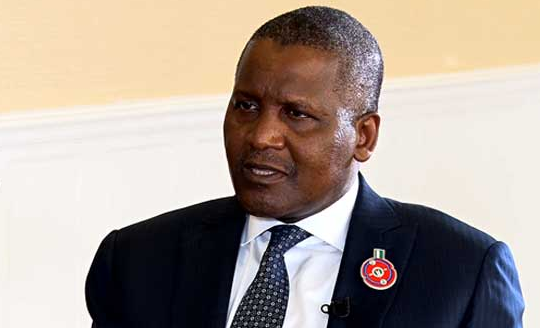 Dangote is seeing this very differently. The President and Chief Executive of the Dangote Group, Mr. Aliko Dangote, has attributed the deadly conflict between suspected herdsmen and farmers in parts of Nigeria to the country’s increasing unemployment rate.

Dangote stated this on Tuesday in an interview with Channels Television.

The conflict between herdsmen and farmers, especially the New Year’s Day killings in Benue allegedly by herdsmen has dominated the headlines and split public opinion.


It has also led to criticism of the Federal Government, which many say is not doing enough to address the issue, a claim the Presidency has denied.

He continued, “The government is working tirelessly to make sure that we resolve this issue about herdsmen,” he said, pointing out, however, that the government would require support.

“Government cannot do it on its own; we also need to do our own. The government is giving us an opportunity to also create jobs,” he said.

To effectively tackle unemployment, the industrialist believes there is a need to turn to Agriculture.

“So if you have to create 12 million jobs, creating 12 million jobs especially now with technology is going to be a little bit difficult, but we have all it takes to create a lot of jobs, which is agriculture.”
Posted by Unknown on January 20, 2018