Seyi Shay reveals what she did to enlarge her bum... 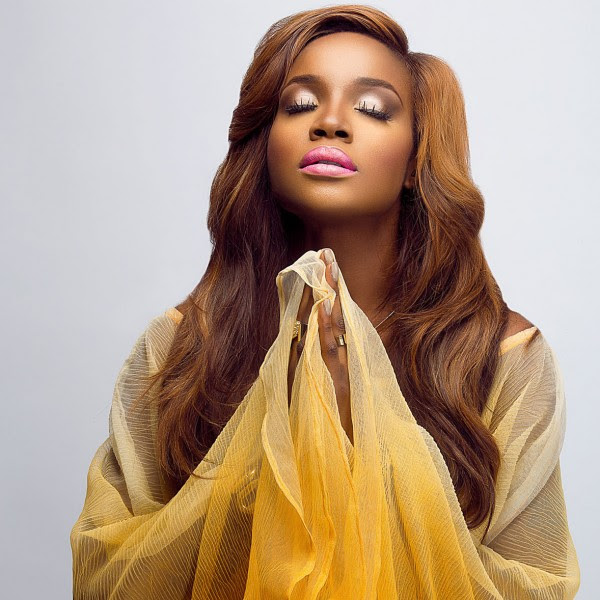 Sultry Nigerian singer, Seyi Shay, broke the Internet when a picture of her dressed in a transparent outfit surfaced on the web. It was obvious the singer wasn’t wearing panties under the dress. The picture caused so much ruckus even amongst fellow celebs who were aghast that the singer could wear such outfit in public. But it is so apparent that Seyi doesn’t care whose ox is gored as she told Saturday Beats recently she was so proud and comfortable wearing the outfit. “I wore that dress in New York. I dare not wear such in Nigeria.

New York is one of the most fashion inclined cities in the world. The dress was made by Sokayna who is a crème de la crème designer in the world. He is Senegalese but he is doing very well for himself. Recently, Rihanna, Madonna, and even Nicki Minaj, wore the same jacket I got from him. They all shop from him so it was an honor and a privilege to wear this piece.

Why would I say no to such an offer? Even if the dress were a string, I would have still worn it. Also, if I had worn anything underneath the dress, it would have spoilt the design, it was not designed for anything to be worn underneath it,” she said. Apart from the fact that she has become more daring with her sense of style, Saturday Beats wondered aloud if the singer did cosmetic surgery as her backside, which used to be very flat has added some massive flesh.

To that, the singer admitted that having a bigger backside was one of the good things that happened to her this year. She further revealed that she almost went for a surgery to increase her boobs but later changed her mind. The songstress said, “I did not get this big bum through injections or surgery. If I did not do surgery on my boobs, is it my backside I would then operate on? Someone advised me to be doing squats. Till now, I spend most of my time in the gym. Having big buttocks was one of the good things that happened to me this year. I do 100 squats in the morning, in the afternoon I do 50 and then at night, I do another 100. It hurts a lot but it is worth it; I would not lie about that, the pain is worth it. “I have been getting a lot of compliments since my backside added. I wanted to do a boob job but I changed my mind and the reason is that I realised that I could fit into almost anything especially sample sizes from designers. One of the things that Sokayna complimented me for when I was in New York was my body.

He said that his clothes were not specifically made for African bodies but I have an extraordinary body and I would be ‘finished’ if I did a boob job. Everything fits, so I am happy with what God gave me.” While chatting on Saturday Beats, Sheyi described this year as a rough one while thanking God for miracles. “I am already excited about next year because, in March, I am going to release my EP. This 2017 has been a bit rough for me but it has been full of miracles. The highest point for me this year, professionally, has to be when I was featured on the cover of New York Times, which is a global newspaper. Also, one of my favorite songs, Yolo Yolo, was released this year. This year was when I met my new manager, Kamal Ajiboye, and we would work together for a very long time, by God’s grace,” she said.