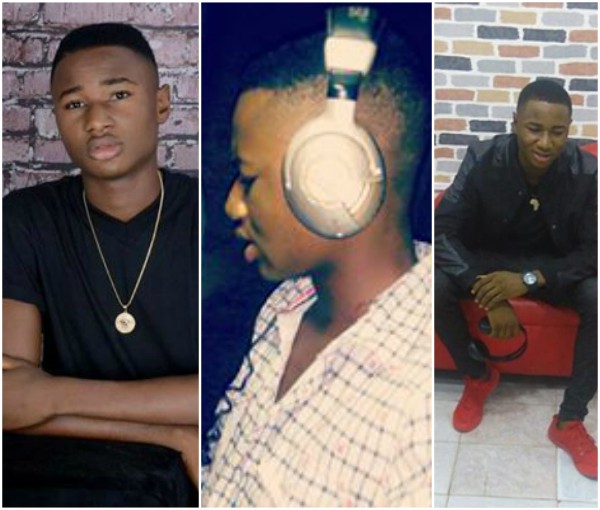 News of an upcoming act committing suicide went viral on social media a few days ago and the reason behind this act has now been revealed by a friend of the deceased.

According to the source, Johnny Creed, as the deceased was known before he passed, vowed to kill himself should his new song not get 10k downloads. See his messages as shared with Lailasblog; 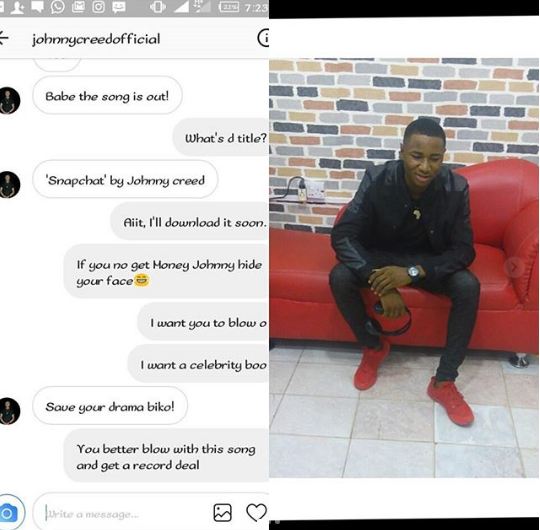 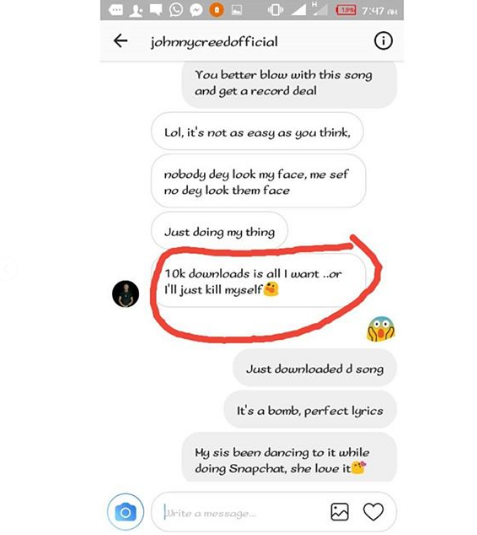 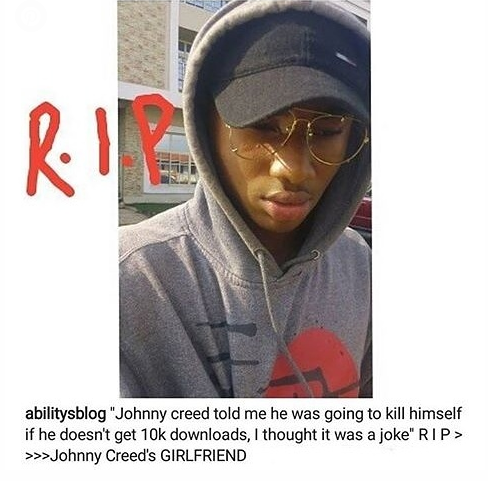