Lady kills herself after she was dumped by lover of 4 years... 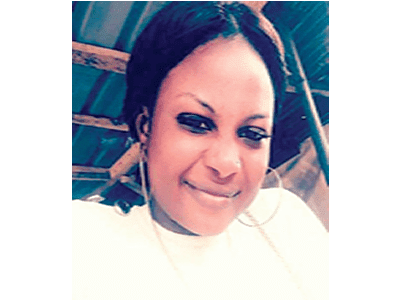 A beautiful 21-year-old lady, Miss Tawa Oshunuga, has allegedly killed herself after her lover of four years, called off their relationship via a phone call.
The deceased, a makeup artist, was said to have been shocked after the phone call.
The incident occurred on Monday, less than 24 hours after she returned from a weekend with her lover.
According to The Newtelegraphonline, eyewitnesses say Oshunuga was with friends, when the call from hell came. She allegedly checked the call and realized it was her lover.


She excused herself from her friends and picked the call. After that phone call, nobody was precisely sure of what happened.
The next news people heard was that Oshunuga bought a Snipper, a local insecticide, drank it and died.
Our correspondent gathered that after she drank the insecticide, she called her mother, who sells pepper at Alarape Market and begged her to come home. She told the woman that she was having excruciating stomach pains.
One of her friends, Tanwa Adekunle described the death of Oshunuga as mystifying.
Adekunle said:

“Tawa was with her boyfriend throughout Saturday and Sunday. When she returned from her guy’s place on Sunday, she didn’t go straight home. She came to play with us. We joked with her that she had gone to satisfy herself. We told her to go home and see her mother. Her mother had already come to ask about her from us. The mother knew we were close friends in the community. But we didn’t tell her that Tawa went to her boyfriend’s house. The mother needed Tawa on that Sunday to assist her in the market.”

“We gathered that when she got home, her mother was already in the market. It was after she drank the snipper that she called her mother to come home quickly. She told her mother she was feeling serious stomach pains.
“When her mother got home, Tawa was on the floor, writhing in pains. The mother immediately called some of their neighbours and they rushed her to a private hospital.”

Another friend, who identified herself simply as Jummy said:

“It was in the process of trying to take her to hospital, they discovered a bottle of snipper beside her. It was then people realized that she poisoned herself. At the hospital, doctor referred her to Lagos State University Teaching Hospital (LASUTH), Ikeja, where she was pronounced dead on arrival. That was how we lost our friend.”

It was after Tawa died that news filtered out, that she allegedly had a breakup with her boyfriend.
Posted by Unknown on December 11, 2017