7 things you didn't know about veteran actress, Sola Sobowale as she clocks +1

The veteran actress, producer, and director, Sola Sobowale is a year older today, 26th of December. So to celebrate her birthday we decided to share 5 things you probably didn't know about the 'wedding party 1 & 2' actress.

1. Sola Soboewale joined acting as a member of the Awada Kerikeri Group under the leadership of Adebayo Salami.

2.  She scripted, produced and directed, Ohun Oko Somida, a 2010 Nigerian film that stars Adebayo Salami. The went on to become a family movie because of its contents.

4. She is married to the former corporate executive director of EKO Hospital, Oludotun Sobowale, who has since relocated abroad.

5. She initially enrolled as a Secretary in training at Sight & Sound, Ibadan, Tunji Oyelana, (Sura Di Tailor) who married her elder sister, Kikelomo got her enrolled in the University of Ibadan’s Department of Music.

6. She is blessed with five children including a set of twins, Taiwo and Kehinde Sobowale

7. Had she hearkened to the voice of her father, Pa Olagookun, 77, who hails from Ifon, Ondo State, she would have been in the classroom as a tutor.

The actress has been acting for 40 years. She starred in the old movie 'The Village Headmaster' 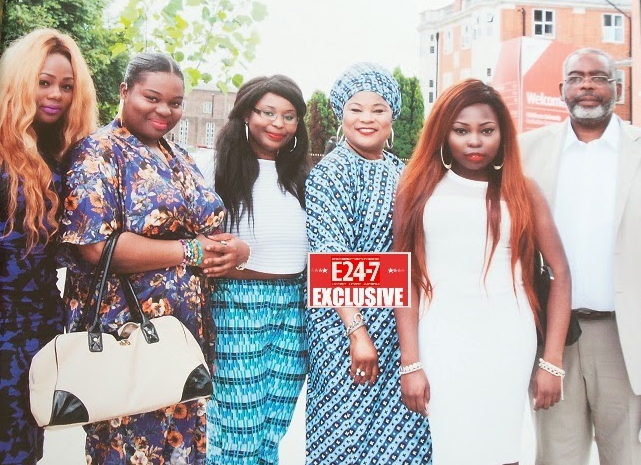