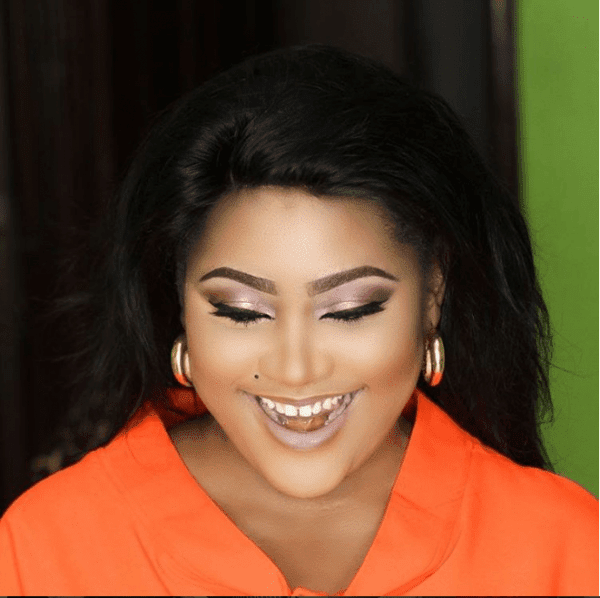 Nollywood actress Uche Elendu, has opened up on her marriage, career and more.

In the interview with The Sun, Uche talked about domestic violence, marriage, infidelity, and more.


Celebrity marriages are crashing here and there; do you entertain any fear for yours?

My dear, crisis in marriage really has nothing to do with the celebrity status. Marriage is an agreement between two matured individuals, and when these same matured individuals feel that they do not have any need to be together for safety of their lives or for peace of mind; then it is their choice. No one knows the battle we fight in our marriages. The pain and hurt we feel, the way we bottle it all up because we are in the limelight and don’t want to be castigated, but people forget that celebrities are human too and have feelings, desires and deserve to be happy. When I hear things like celebrity marriage crash, I wonder why so much attention is paid to it. Really, everyone has his or her cross to bear.

A married actress once said almost all married Nollywood actresses are unfaithful, how true is that?

That’s the biggest lie from the pit of hell. Everyone should speak for herself. That we are in the limelight and have admirers from the opposite sex doesn’t mean we are sleeping with them. Just like there are married women out there that are enjoying extramarital affairs, so it is obtainable in Nollywood and it is totally a personal decision. There are still many married women that are very faithful in their marriages and have been unjustly accused because of this general insinuation.

Would you leave your marriage if your husband cheats on you?

(Laughs) I’m sure if your own husband cheats on you, you will know what to do. It’s a personal decision and I don’t need to sing it.

How do you handle fame and male fans?

I’m naturally a very down to earth person and fame hasn’t changed me a bit. Although, it has restricted me from a lot of things I would love to do. As for male fans, I appreciate them for loving what I do but it remains that way.

What has celebrity status deprived you of?

Hopping on a bike (okada) when I’m stuck in traffic is one of those things I’ll love to do on Lagos roads. Then I want to walk into Oyingbo market to do my shopping, get fresh foodstuff instead of sending people and they don’t get the real stuff. You know, I want to be as free as air without making headlines or having people stare at you like they are watching a movie.

What has been your best moment as an actress?

Hmmm… It’s my traditional wedding. The whole village came out to see their goddess, even the king of my village graced the occasion in his full regalia, and the respect and recognition given to me by my state. They graded the roads just for my guests to have good access to my home, and the spark of pride in my father’s eyes, recording the most successful and crowded event till date in my place. It was indeed a great honour.

Quitting what? Never! That’s my profession, my career, and my life.


Would you mind if any of your daughters join the field?

My first daughter is already an actress and has played major roles in three movies.

What kind of role would you reject?

Nudity in any form.

Has marriage limited your flexibility in choosing movie roles?

No way! My job entails bringing a character to life and I go all out to give it my best.

If you have the opportunity to change anything about yourself, what would it be?


What’s your take on domestic violence?

What do you think is the best way to stop or reduce it?

To curb domestic violence, women have a great role to play by understanding the kind of men they get married to or get entangled with. They must understand their temperament thereby limiting the use of verbal abuse that will give rise to physical battering. Also, women should know when a man is irresponsible and easily intoxicated and gets physical at every provocation and then walk out of such a demonic relationship or marriage.

Men also have a great role to play by understanding the fact that women’s strength lies in their tongue and they don’t mean almost everything they say. In fact, both parties in a marriage have roles to play in stopping domestic violence.
'
Posted by Unknown on November 16, 2017