The man at the center of my post is Father Hyacinth Okwara, a Catholic priest. He's the principal of Imo Girls college Owerri. The school on okigwe road, close to the flyover.
At 9:45 am, I drove into the school premises to make inquiries about the admission procedures. I have a domestic assistant that was brought to me about a week ago, so I wanted to know what I have to do to get her registered in the school.
I parked and headed straight to the administration building.
I saw three women seated and attending to students, I told them that I wanted to make some inquiries pertaining to admission, they said I was in the right place and asked me to take a seat.

While waiting for her to round up what she was doing, a priest in an all-white garb walked in.
He came to me and said that he thought I was Bob Marley when I was walking in. I smiled, thinking he was trying to either banter or throw me a compliment.

He now asked "why are you dressed like this? I replied and asked him what he meant"? I told him that is a weekday and I'm working and this is how workers dress... I was still smiling, trying to humor him and seriously hoping that it was all a joke.
He said" and why do you have a hair like that? I looked at the teachers, all with their weavon hair. I now turned and said " father these are braids" plus I only came here to make inquiries.
He said... Oh! You're laughing! oya get up and get out. Go and change. We don't tolerate hair like these here.
Then it dawned on me. I turned to the woman in front of me and I asked her if I was in model government college school? Maybe I was in the wrong place. While I was talking to the teacher... This priest, went in and grabbed a cane and started coming menacingly towards me with it
He wanted to start flogging me, screaming that I was indecent and a bad influence on the girls who saw me come in. He had to be held down by four women and man.
There are things that shouldn't happen to people like me. I defend people I don't know when I see them in a similar circumstance.
I told him he was in for a storm. I told him to hold on tight... That this isn't the end. The teachers started pleading with me... They said he's the Governor's brother and as such is untouchable.
While all these was happening, another man walked in. I don't know his position in the school but he seems to have a bit of authority. The teachers told him what happened. He held my hands and apologized profusely. He begged me to calm down and ignore the priest. Meanwhile, the priest already left the scene as at then. The teachers told me I haven't seen anything.
They said that if he can do this to me... A complete stranger, that I should imagine what they go through on daily basis.

Violence against women is something that we discuss here all the time. The blatant disrespect that women are constantly subjected to at every turn.
A principal in a public government school has no right to regulate what a mother should or shouldn't wear to a school where he's just a worker.
Now I don't know the laws and regulations they have in these schools... But decency I know can be subjective.
So what was the yardstick he used to measure my indecency?
On the threat to Life...
One would think a priest should know better...but alas, I was wrong.
He was going to flog me with a cane if not that he was held down.
A man who sees women from such a myopic lens is not qualified to be the principal of an all-girls school. What is he teaching these girls? That violence against women is OK?
That a man or a priest can flog a woman and get away with it? In which Bible or laws was that written?
If you're reading this.. We all should raise our voices collectively. The impunity and corruption that trails my state is way too much to comprehend. The Governor's brother has no immunity the last time I checked. The Governor's brother is just another human who has to abide by the laws like every other person. Sometimes we think the people who abuse women and children are just thugs and rogues ... But no. They're are closer than you think. They're families... Pastors.. Priest.. Men in position of authority who instead of using it for good... Abuse all the power and privilege that comes with his office.
I have already gone to my lawyer. I'm suing him for abuse of power, threat to do bodily harm and violence.
The complaints against him by teachers in the schools are as follows:
He comes in the morning and leaves by 10 am same morning for the whole day. And he has done that very other day for the past 3 years.
The school has never held a board meeting because he refused to come and see what's happening.
He's very abusive towards the students' Teachers and everybody. 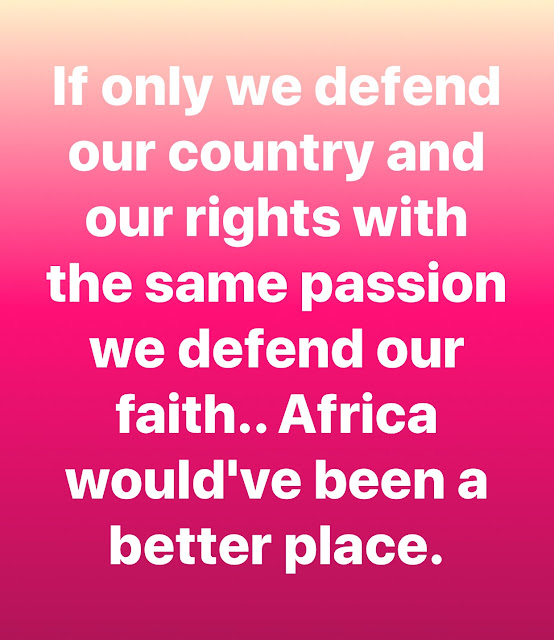 The teachers said that he's mentally unbalanced and not in a position to be the principal of a school.
There has been major complaints against him, some has been directed to the commissioner of education and the government house, yet nothing has been done to date.
The teachers are all disgruntled and willing to testify against him. I have voice recordings and pictures to buttress these. .
I went back there by 11 am with my husband. Met and spoke to some of the teachers. I saw different hair Styles and also took pictures, most crazier than me. So these have nothing to do with the school rules and regulations.
The students were all over the place and no lectures or teaching was going on. I went round. These kids were left to their whims and nothing was going on there.
I guess free education comes with complete negligence....
He needs to resign and we can make it happen
I have it also on good authority that complains has been made to the ministry of Education. They need to do the needful.
I guess things went these bad because nobody has been able to talk or take it up officially seeing as he's the golden egg of the Governor. ..
It ends here...
Check for my attire today in the Comment, the one that earned me a flogging. Let's share until it gets to relevant authorities. Our children deserve a decent education and a great atmosphere for their academic work. More than anything they deserve a good role Model and a principal is a major role model.
#JusticeForVivian
Posted by cocowondersblog.com on November 09, 2017