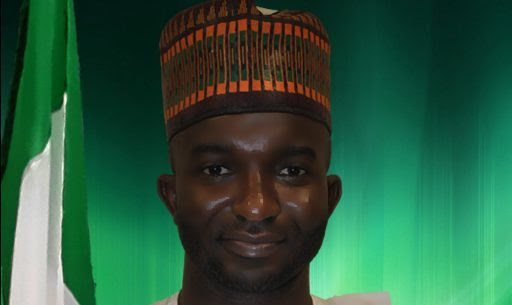 The air commodore’s version of what happened could not be immediately obtained at the time of filing the report. A Senator and a member of the House of Representatives clashed Wednesday in Yola over the distribution of relief materials for to internally displaced people.

The incident took place at the Yola International Airport between the senator representing Adamawa central senatorial zone, Abdulaziz Nyako, and the House member representing Michika/Madagali, Adamu Kamale. Following the recent bomb blasts that rocked Madagali, the National Emergency Management Agency, NEMA had set aside relief materials to assist the communities affected. PREMIUM TIMES learned that arrangements were also made for, ”all the stakeholders” to go in a team by air to deliver the relief materials, while NEMA officials supervised the delivery.

A security source, who was at the airport where the team gathered, narrated how the two lawmakers engaged in a violent confrontation. ”A helicopter was arranged by the Air Force to convey some of the stakeholders to where the materials were to be distributed on Wednesday. 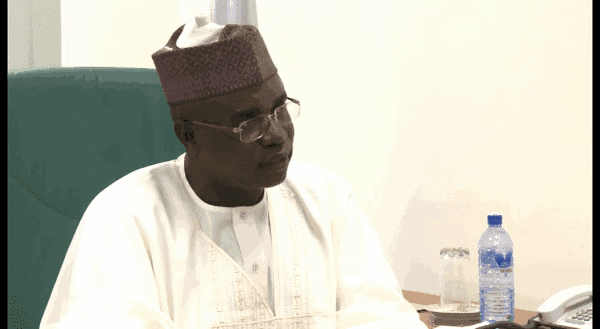 However, minutes before the take-off, drama ensued at the airport. Kamale was billed to travel on board the helicopter with Senator Abdulaziz Nyako, Air Commodore Sunday Ohemu and others,” the source said. ”But, while they were about to board the helicopter, Senator Abdulaziz Nyako was seen saying that, ‘Kamale should not be allowed to use the helicopter as he (Nyako) is the chairman of the delegation.’
This caused drama and hot argument.” Mr. Kamale told PREMIUM TIMES his version of what transpired. “Following the unfortunate incidence of bomb blast explosions in Madagali, which is one of the local governments in my constituency, the Governor of Adamawa State, together with other well-meaning Nigerians including members of the National Assembly solicited for relief materials from the National Emergency Agency (NEMA) for the people of Madagali. “As the honourable member representing the area, I personally called on the director general of NEMA earlier on Monday the 20th of November, 2017 to ensure the delivery of the relief materials.

Arrangements were made with all the stakeholders, including Senator Abdulaziz Nyako, who is the chairman, senate committee on IDPs /NEMA to deliver the relief materials. Air Commodore Ohemu was assigned by NEMA to supervise the delivery. ”A helicopter was arranged by the Air Force to convey some of the stakeholders to where the materials was to be distributed on Wednesday, November, 21st, 2017 by 9am. I was billed to travel on board the helicopter with Senator Abdulaziz Nyako, Air commodore Ohemu and others. He said he did not bargain for what he met when he tried boarding the aircraft. “To my utmost dismay, while I was to board the helicopter, Senator Abdulaziz Nyako ordered that I should not be permitted to use the helicopter as he is the chairman of the delegation. “All my efforts to draw the attention of the Senator and the Air Force officer failed and in the process, the Air Force officer ordered his men on ground to assault my person and to put me in the guardroom.
They tore up my dresses. I sustained a lot of bruises from my forceful withdrawal from the helicopter,” Mr. Kamale said. He added, that, “The people of Madagali have suffered several attacks and have been traumatised for many years. As their representative, I have never seen Senator Abdulaziz Nyako in Madagali to commiserate with the people of the area over the several unfortunate incidences. “I cannot explain this sudden ‘monopoly’ of the Senator on the Federal government’s relief materials meant for the people of my constituency,” Mr. Kamale said. Mr. Nyako denied assaulting the lawmaker.

He also gave PREMIUM TIMES his version of what happened at the Yola airport. ”Last week, I was at NEMA headquarters for oversight function being the chairman, senate committee on IDPs/ NEMA. They requested me to be part (of the process) and to chair the relief materials’ distribution in Gulak, Madagali. So they assured me they would provide me with an aircraft, and they requested that I should provide them with the list of those who will be in my entourage. ”Naturally I provided the names of members of my committee in the Senate and I was also informed by the DG NEMA that Senator Binta Masi Garba (representing the area) will want to be in attendance. So I included her name and that of the chairman, House of Reps committee on NEMA /IDPs, Hon.Jibrin Galjumari. ”To our dismay, after we all boarded the helicopter and the crew had finished all checks and engine was set on with propeller rolling, about to take-off, to our shock, the man in question (Mr. Kamale) from nowhere just jumped in, in what could be described as suicidal mission. He wanted to ‘climb’ the aircraft, a serious situation he put us in. ”So he should thank God for saving his life, not blame me! We were all shocked to our marrow when we were later told that he was a federal lawmaker, who should have known the consequence (of what he did),’’ Mr. Nyako said.

The North-east zonal coordinator of NEMA, Bashir Garga, blamed Mr. Kamale for his action which he described as a ”suicide mission.” ”In the first place, NEMA provided the names of those scheduled for the flight. Kamale’s name was not in the flight manifesto but the honourable member declined to heed to our pleas. ”How could he attempt to enter, after the helicopter was about lifting into the air? Infact, if not that the Air Force pilot was ‘mindful’, the propeller could have cut off his head’’, the official said. The air commodore’s version of what happened could not be immediately obtained at the time of filing the report.
Posted by Unknown on November 27, 2017