Kevin Spacey accused of having sexual relationship with a 14-year-old that ended in attempted rape... 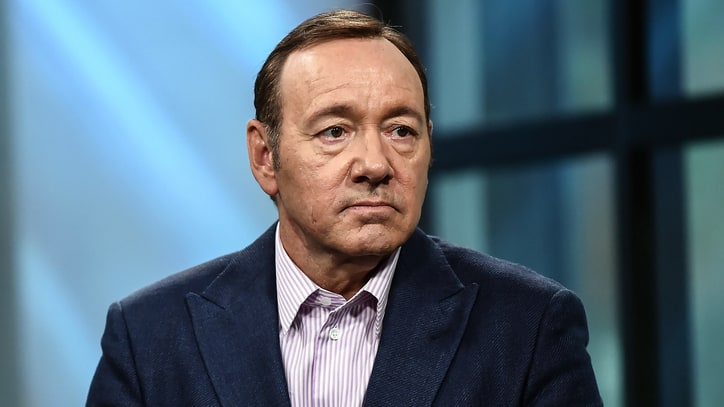 I would call him a pedophile and a sexual predator, the anonymous accuser has said in an interview.
A man has come forward to allege that, at the age of 14, he began a sexual relationship with Kevin Spacey that ended in what he describes as attempted rape.
The accusations were published at Vulture, where the man describes first meeting the actor as a 12-year-old in 1981, when Spacey, then 22, was a guest teacher at a weekend acting class he took in Westchester County. The man says there was "no grooming or attention" at that time.

They met again by chance in line at Shakespeare in the Park in 1983, when the man was 14-years-old. Spacey, at that point, had made his Broadway debut in Henrik Ibsen's Ghosts the year prior; the man says Spacey gave him his phone number, and the two began a sexual relationship.
"He was kind of in high seduction mode and gave me his phone number and asked me to call him," the man said in an interview conducted by the website. "He said, 'I want to see you, and I want you to come to my apartment.' He said he’d always been really drawn to me at the acting classes, but had stayed away because I was 12."
He alleges he and Spacey met up "three or four more times", adding that Spacey would also claim he could get him auditions, though it didn't result in anything professional. "That was very glamorous to me, that he was having the beginnings of some success in that world. Enough that it seemed like he was going to get me these auditions. That all seemed very believable," the man said.
The website reports that the relationship continued until, when the man was 15, a visit to his apartment ended with Spacey allegedly trying to rape him. "And I thought we were going to kiss and tell each other we loved each other and I was going to go. But he wanted to have sex, and this time he wanted to f*ck me, which had never happened to me before," he said.
He described the alleged rape as follows: "I guess he must have come up behind me and yanked down my baggy jeans, and he goes to f*ck me and I’m like, 'No, I don’t want to.' And he pushes hard, and grabs me, and starts shoving up against my asshole, and it hurts like a motherf*cker. I again tell him no, and he tries again."
"I am strong enough, thank God, both somewhere in my brain and in my body, to get him off of me. I’m sturdy, thankfully. I throw him off of me and I run crying down the stairs and out into the street and then suck it all up and go have dinner."
"I always have said, 'He tried to rape me.' I told him I didn’t want that, he went again to do it, I told him no, he went again and pushed harder and grabbed me and pushed harder," the man toldVulture. "I don’t know how I would see that as anything besides an attempted rape, which I was able to thwart."
The man says that it wasn't until he was 25 that he began to understand his alleged experiences differently. "Up until then, I just thought about him as somebody who had really done me wrong and tried to rape me, but not as somebody who had functioned as a predator," he said. Now, he says, "I would call him a pedophile and a sexual predator."
The man is now a 48-year-old artist and wishes to remain anonymous. A lawyer for Spacey responded to the allegations with the statement: "Mr. Spacey absolutely denies the allegations."
Buzzfeed News broke the first accusation against Spacey from actor Anthony Rapp. Since then, multiple men have come forward with accusations of sexual harassment and assault, including on the set of Spacey's Netflix show House of Cards. Production for the show has been suspended and Netflix has announced it has cut all ties with the actor.
Representatives for Spacey have said: "Kevin Spacey is taking the time necessary to seek evaluation and treatment. No other information is available at this time."

Posted by cocowondersblog.com on November 05, 2017