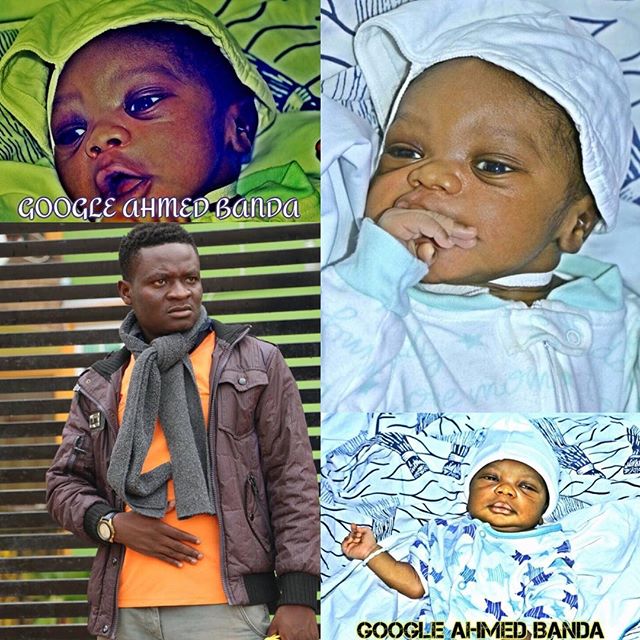 Francis Dzogbetsi has announced the name of his newly born baby as Google.

Speaking to Zionfelix.net, Dzogbetsi said that his son was also named after popular music and movie producer and business tycoon, Ahmed Banda. . . Google Ahmed Banda was born on October 10, 2017.

Explaining why the boy is called Google, Dzogbetsi said “he is going to be my researcher. I’m not educated and I’ve been searching everything I want to know on google. . . I’ve always planned to name my first child Google so that he/she helps in researching”.