Twin Sisters and Actors/Producers Tracy and Treasure Daniels - We are so discreet about romance...

Twin Sisters and actresses Tracy and Treasure Daniels in a new interview the sisters said they see absolutely nothing with their colleagues having to sleep their ways to the top. 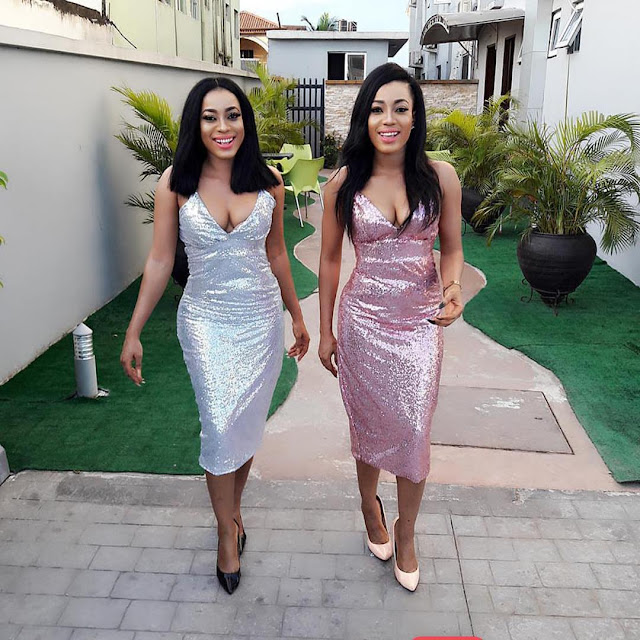 What are you up to lately?

Generally, we don’t like to put our plans out there because bread is not sold while still in the oven but on display.We work quietly and bring you the outcome. Our skin care products could be mentioned here because it’s ready and available for launch on our birthday on October 21.

In fact, that’s the thing we’ve been up to lately. However, our latest movie and the roles we played in it are also worthy of mention. It was directed by Sir Uchenna Agbo and shot in Enugu State alongside other great talents. The characters we played are Jenifer and Jessica. The movie is very interesting and at the same time challenging.

The characters demand acting out a disturbed drug addict, which is far from the kind of roles we’ve played in previous movies. What do you like about the characters you acted? Anybody who had watched Unknown Caller would attest to this. However, nothing remains our best for too long, another best is already on the way.

How was your growing up?

I could say we were born with silver spoon, but I would rather say with a golden spoon.
Our parents are members of the clergy; we grew up in a parsonage which I consider a privilege because that’s what has shaped us into who we are today.

What childhood experiences made you cry? 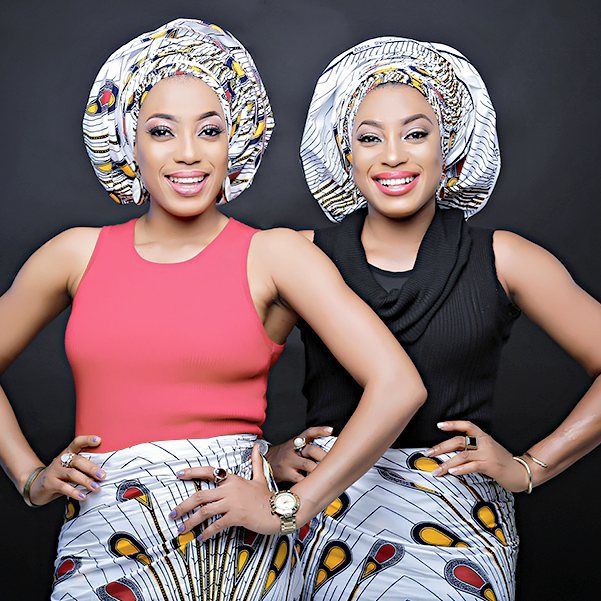 Whenever anybody attempted to separate us or if my twin sister was traveling without me, we would cry or take ill until we were reunited or allowed to go on the trip go together. Also, anytime our dad was traveling back to his pastoral work, we would cry and fall sick as well. That’s how much we cherish our father.

Would you like to change anything in the way you were brought up?

Growing up, our parents were like missionaries. They were always going on transfer or traveling from one state to another and that affected our stability as children. We couldn’t concentrate in one school. We were always the new kids and we also missed our friends. If we had our way, we wouldn’t have accepted that kind of growing up.

What is your most embarrassing moment in Nollywood?

It was when one of us wanted to play smart and switched roles in the movie entitled A friend of Mine.(I think I Cocowonder featured in that movie too) Tracy was supposed to be on set, but she also had a date with her boyfriend on that day. So, we agreed that rather than cancel the date, Treasure would stand in and help shoot her scenes. Little did we know that the director would find us out. Kabat was a very smart person and a good director. We give it up to him.

What is your happiest moment in the industry? 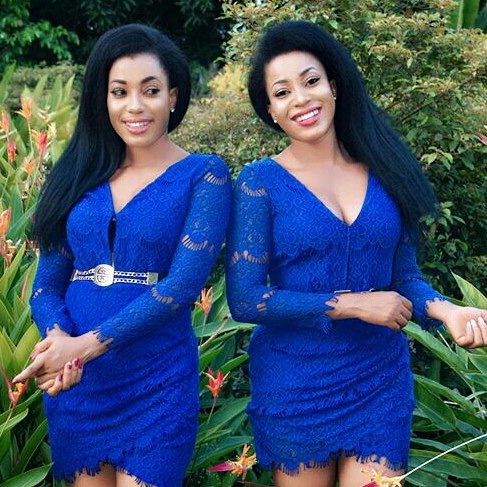 It was the day we premiered our latest movie, Unknown Caller. It was a classy and beautiful event. It practically launched our career to a new level. Are you in any relationship currently? Yes, one of us is in a relationship. But we don’t want to discuss our relationships in the media.

Who is your ideal man?

Each of us has different standards for the man we would like to be with. However, we have one common ground; our ideal man must be emotionally stable and financially established. We don’t believe in gender equality. Our ideal man has to be first and foremost, a provider, that’s our culture.

Have you had a disagreement over a man?

We are so discreet about romance. For us, it’s okay that way because it’s very sensitive. Do you have a crush on anyone in the industry? I don’t know what would happen if I run into Kit Harington (Jon Snow) of Game of Thrones or if my twin sister runs into Peter Dinklage (Tyrion Lannister) also in Game of Thrones.

Can both of you marry one man? 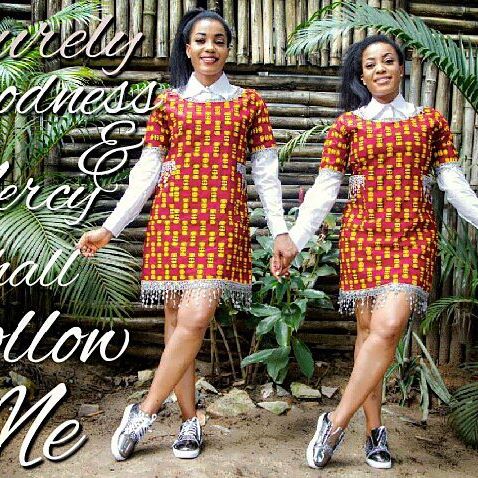 Why marry one man when many guys would be left heartbroken after our marriage? We can at least make it one guy less broken (laughter). Never, we can’t marry one man. Each of us would have her own husband. It doesn’t matter if they are strangers, brothers, friends or twin brothers.

Do you get sexual advances from married men who see you on screen?

It would be an obvious lie for any girl in our position to say no to this question. But remember these are not just admirers, but fans and fans are the ones who determine our ability to sell and how we are rated in our career. So, we have to make them remain loyal even if they don’t get their wishes.

Do you believe that some actresses sleep their ways to the top?

Everything is possible and nothing is new or news. There are fair and fowl means of achieving every set goal and each one comes with a price. Life is about choices and people are free to choose the one they can deal with. No one is better than another, so we don’t pay that any attention. We just follow the path we choose for ourselves; steady and focused till we get there.

What makes you stand out?

More than anything, I think what makes us stand out or distinguish us from other actresses is the fact that we are identical twins, and pursuing the same career.
Posted by cocowondersblog.com on October 07, 2017