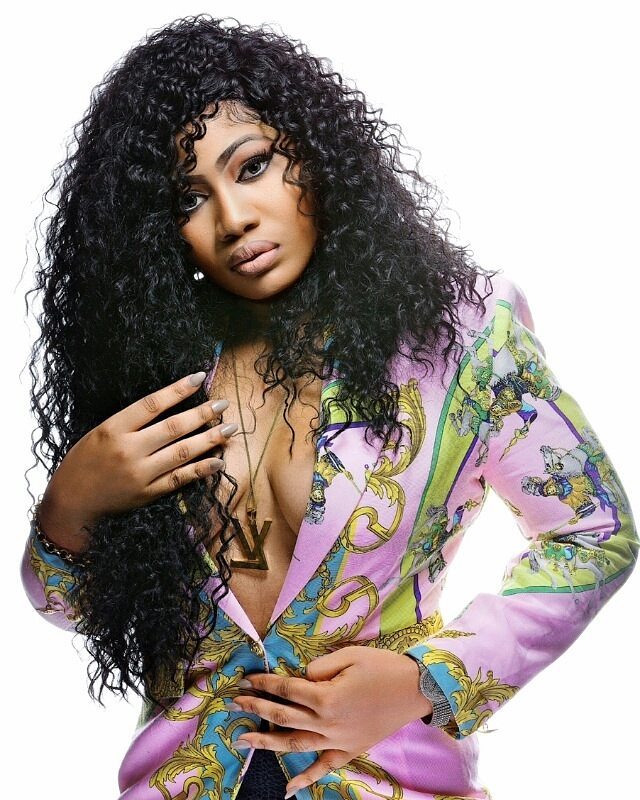 In this interview she takes us through her journey into entertainment, touching on love, sex and marriage.

Can you share with us the story of your journey into the entertainment world?

It is an interesting journey filled with ups and downs. I started out as a chorister in a church and began singing. I was doing more of gospel music. But my acting started as a child, back when I was in primary two. I started with Nestle Nido’s show, and I won Coca-Cola and Indomine shows by Sound Sultan, with W4. I would say my heart was more with singing than acting but when people were relating me to Tonto Dikeh, saying I look a lot like her and that I should be into acting because I have the looks, the character and carriage, I knew acting must be my destiny. But the real push came when a friend introduced me to a producer.

I must say the industry is full of the good, the bad and the ugly people after you for different reasons. So, after my friend introduced me to the producer, some months later I got a call to come to Enugu for a shoot. I was so happy because I felt the real journey had started for me. I packed my things and headed out to Enugu, thinking the big moment had finally arrived. After finishing the first scene I asked for the other scenes but I was told that was all they had for me. It was a waka-pass role, a one-scene role. I never believed I travelled all the way from Lagos to Enugu for a waka-pass role. When I was offered the money I rejected it. Then I knew it would be a long journey. I never knew one of the crew members was watching me. He later told me he admired my courage and passion and he linked me to Tchidi Chikere.

When Mr. Chikere saw me, he told me that I have the face and attitude, that, I should use the talent well. I told him ‘no problem’. I was in Benin when he called me that he had cast me for a job. The job was Moon Maid, and I featured in it alongside Mercy Johnson-Okojie, Mike Ezuruonye, Lizzy Gold Onuwaje, Nicole Bana and others. When I got to the location and the director saw me, he said first of all I have the face of an actress and that I remind him of Tonto Dikeh and Nicki Minaj.

From there I started getting different jobs, and different producers started calling me. Moon Maid was the miracle job that brought me out. I still thank God for Mr Tchidi Chikere; he has really helped me in the movie industry.

Would you say it has been financially lucrative in the last four years for you?

Well, not 100%, let me say 50% . Some jobs don’t pay well while others have been very good. There was a Chichi’s job I did and it paid very well. But I can never forget my first trip to Enugu. I guess they wanted me to feel the stress of becoming an actress. Down the years now I smile because things are really looking up. No doubts the road has been rough but it can only get better. As at last year I was part of Glo’s Professor Johnbull’s TV series and I have done some TV commercials as well.

Is it true that you can’t make it in the industry without getting laid ?

Like I said earlier, the industry is full of bad and good people. If you are not lucky you meet the bad people first. And if you are lucky you meet the good people who would help you and set you on the easy path. I must say it’s easier for men than women, especially beautiful women, because everyone wants to have a taste of you. If you are good, your talent will see you through but if you are not, they will only use and dump you. I have the potential and they saw the talent in me, I was accepted, so why would they want to sleep with me when they know I’m good?

Did you come to Nollywood as a virgin?

So, why wouldn’t you have your fun while getting the jobs?

No. I am a very disciplined person, except I like you and I want to date you. If I don’t like you there is nothing you can do to get me.

Don’t tell us there aren’t men fine enough in Nollywood to win your heart ?

I have not dated anyone in the industry; it’s just like you’re in a firm and you start dating people in the firm, you will lose your respect. When you get laid by one they use that opportunity to pass you around and you become useless in no time. I think it’s not right to mess around where you work.

What is the competition like in Nollywood among ladies to get roles?

There are too many women in the industry and some of them are so desperate to the extent that they could go extra miles just to take your own role from you. Another problem comes from people who are older in the industry, they don’t want the younger ones to take over. Most times, they get on your nerves to discourage you and make you quit. If there is love in the industry so many youths will be coming out; that is why most movies you see, you see more of the older faces in the industry instead of the younger ones.

Can you tell us how far you’ve gone in your music career?

So far, I have released just one single, titled ‘Body Therapy’ featuring Ronkay and DJ Joenel, produced by Lirrupy and mixed and mastered by Brain on the Mix. The video is not out yet but the audio is online, it was released in 2015.

How has acting influenced your romantic relationships?

My last relationship died because the guy I dated then had issues with my acting. He’s a jealous guy, he said I was always surrounded mostly by men and he didn’t like it.

What does it take to win your heart?

The guy must be educated, God-fearing, cute enough to give me good-looking kids. He must also be rich, hardworking and independent. When I say independent, I mean he must be a boss man, a boss of himself, not one who works under anybody. I can’t marry a man who collects salary. I’m a boss lady, so, I must marry a boss man too.

What has been your worst experience on set?

Can you date a man much older than you?

If there is love I can, and the limit age I can date is 45years.

From your experience of dating Nigerian men, how romantic are they?

They are not really romantic, only few are.

Who is the best kisser you have kissed on set?

I have kissed four actors both in Ghana and Nigeria and when doing them there are no emotions. So, I don’t know who is the best kisser.

How strong is sex for you in a relationship?

Sex in a relationship for me is 80% important, because when the sex is a little bit boring the relationship starts falling apart,while the remaining 20% is about character and communication. But no matter how good a guy is in bed, if he treats me badly, I will walk away.

Posted by cocowondersblog.com on October 28, 2017