Governor Rochas Okorocha of Imo State has said that he owes no apology for erecting Jacob Zuma’s statue in Owerri, the State capital... 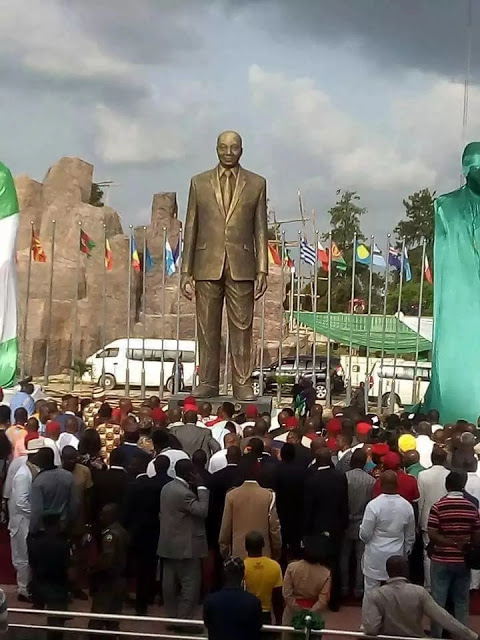 Despite the public outcry, Governor Rochas Okorocha of Imo State has said that he owes no apology for erecting Jacob Zuma’s statue in Owerri, the State capital. A statement issued by the Chief Press Secretary to Okorocha, Sam Onwuemeodo said that they cannot be deterred by enemies ; “And in case these “Galatians” do not know all we need to do to attract good things or investments to Imo is erecting statues, then, we have no option than to erect as many of such structures as possible. “We owe no one apology.

Rochas made a promise to open the doors of Imo to the rest of the world, for good and he is doing that and we cannot be deterred by these enemies of our people.If it was in the days of PDP, schools and markets would have been shut down. And roads closed because President Zuma was coming. But none of such things was done because Rochas and his government have a human face.

“The PDP for the 12 years they held sway never attracted any meaningful visitor to the State except PDP NEC members who were coming to loot the state.”
Posted by cocowondersblog.com on October 18, 2017