Ebony LifeTV boss and media personality, Mosunmola Abudu, has made the list of the 25 Most Powerful Women in Global Television by Hollywood Reporter. Mo Abudu as she is fondly called shared the great News on her social media handle on Wednesday... 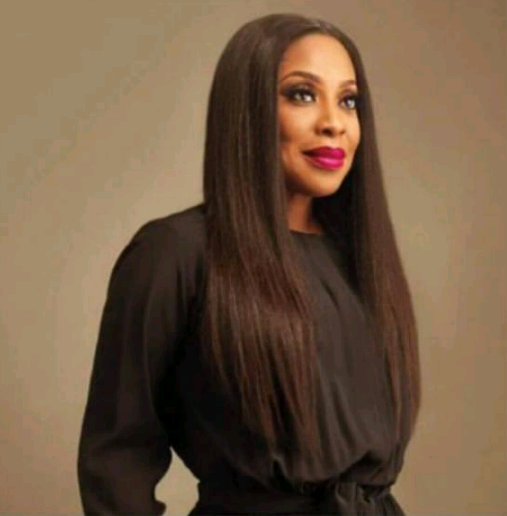 She Wrote;It’s such an honour and privilege to be included in The Hollywood Reporter’s review of the TOP 25 WOMEN IN GLOBAL TV. The Hollywood Reporter is one of the most respected show business magazines in the world. It’s an honor to continue to fly the flag for Nigeria and the continent.

I continue to give God all the glory. Thank you Lord and a big thank you to the EbonyLife team, my family and friends and partners and sponsors who give me so much support. 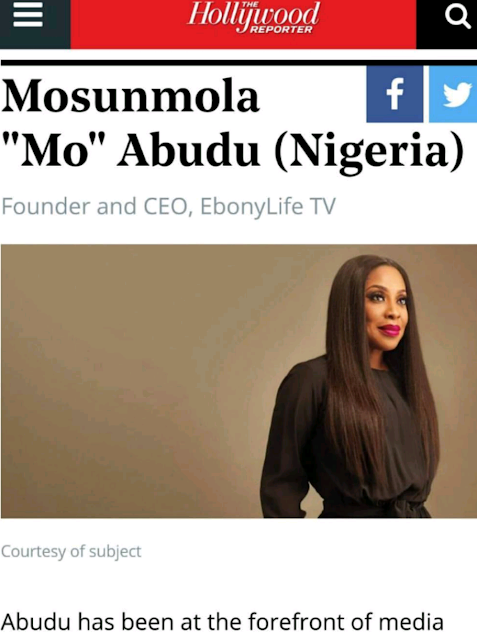 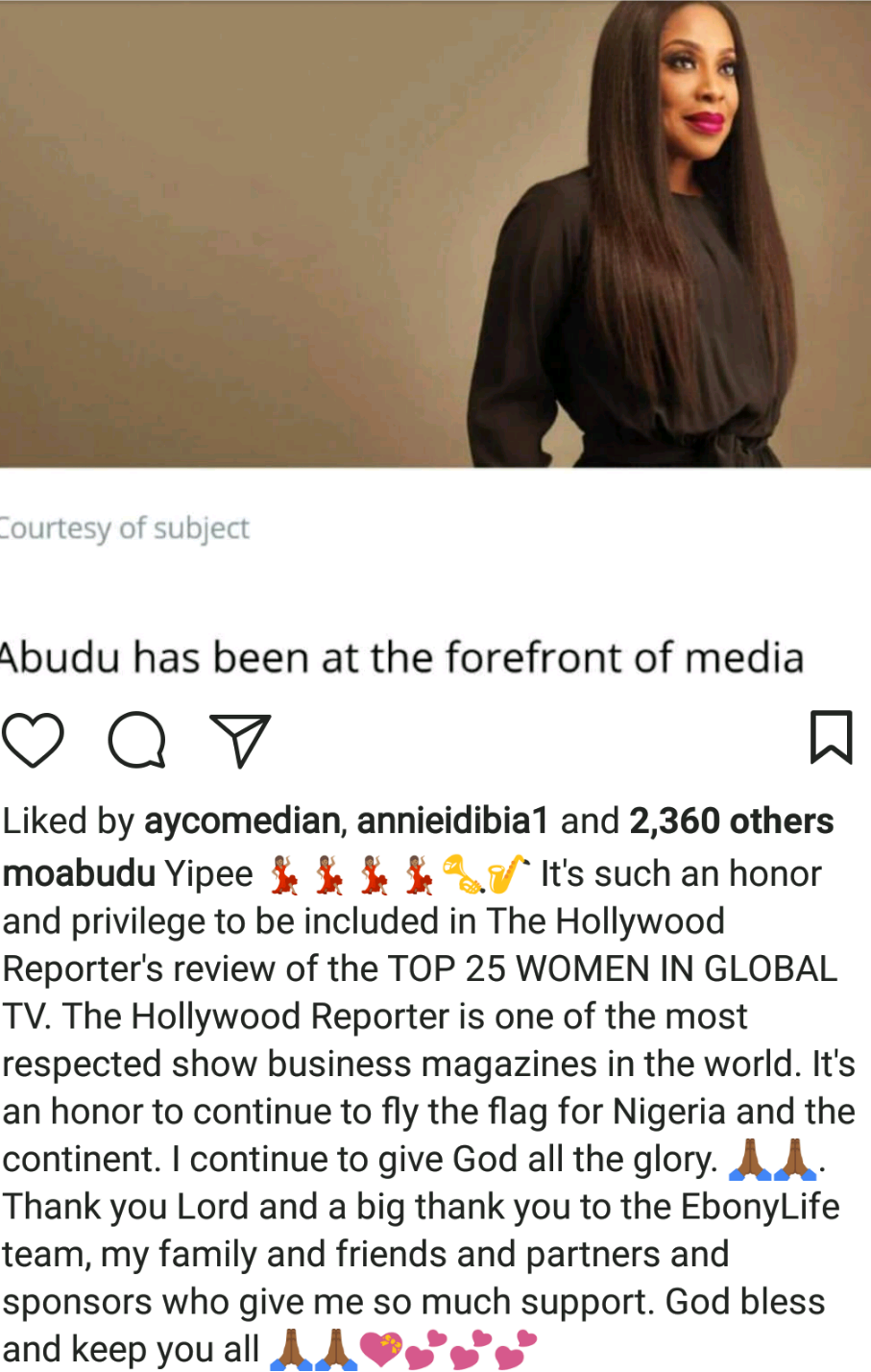 The Hollywood Reporter, in their citation for Abudu, also wrote;Abudu has been at the forefront of media innovation on the continent since transitioning from a career in human resources at oil giant Exxon Mobil to hosting a talk show to, in 2006, launching her own global network, EbonyLife TV (the largest pan-African network is available in about 50 countries).Her media empire now extends to movies — in 2016, EbonyLife’s film division co-produced Nollywood rom-com The Wedding Party, which smashed local box-office records, taking in more than $1.3 million at the Nigerian box office. Her goal for the coming year: “To successfully produce Africa’s first sci-fi TV series.