Crying Odell Beckham carted off the field in Giants disaster The alarming Giants season is going full disaster.
Odell Beckham Jr. was carted off the field in the closing minutes of Sunday’s home loss, 27-22, to the Chargers, the team’s fourth (and best) wide receiver to be hurt on the day.
Beckham went down on a pass that fell incomplete with about 4 minutes left in the game, the Giants up 22-20 at the time, before they promptly blew the game. He rose for the catch then came down awkwardly, his ankle appearing to get caught under cornerback Casey Howard.

He has a broken left ankle. ESPN reported he will seek a second opinion before deciding on the next course of action.
Beckham was carted off, tears flowing as the Giants’ 0-5 season is over already. 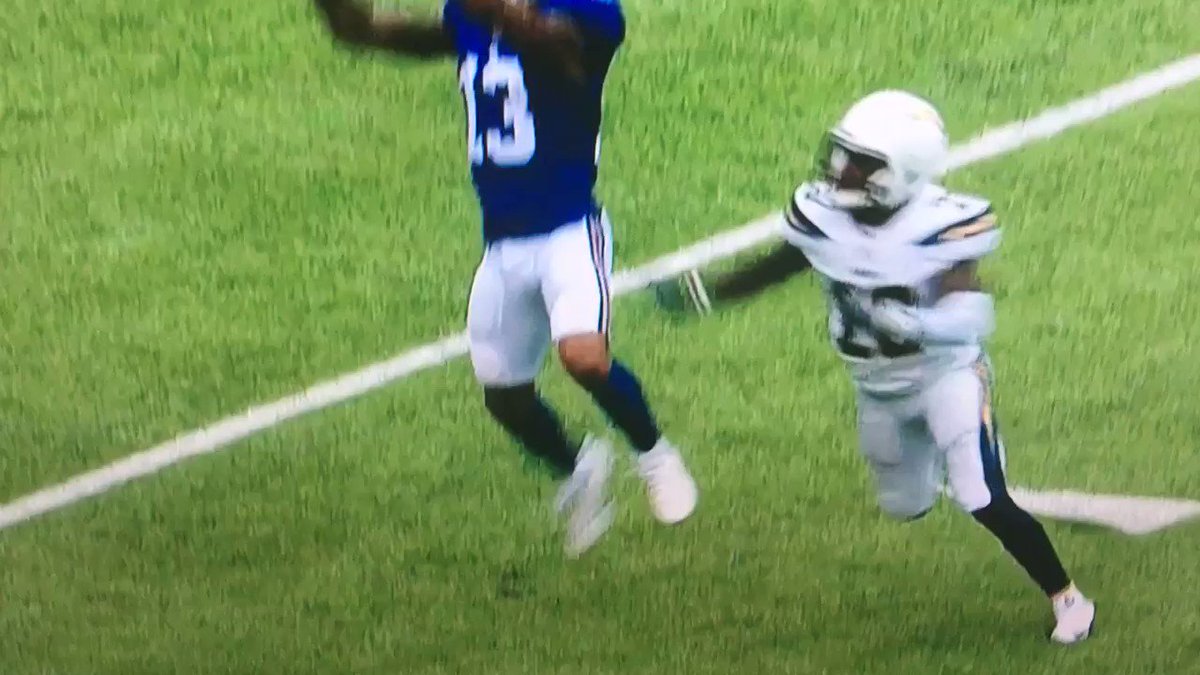 The Giants were left severely shorthanded. Brandon Marshall, Sterling Shepard and Dwayne Harris all had previously exited with injuries.