Collette Orji - Most Igbo/Nigerian Christians Are so miserable*** 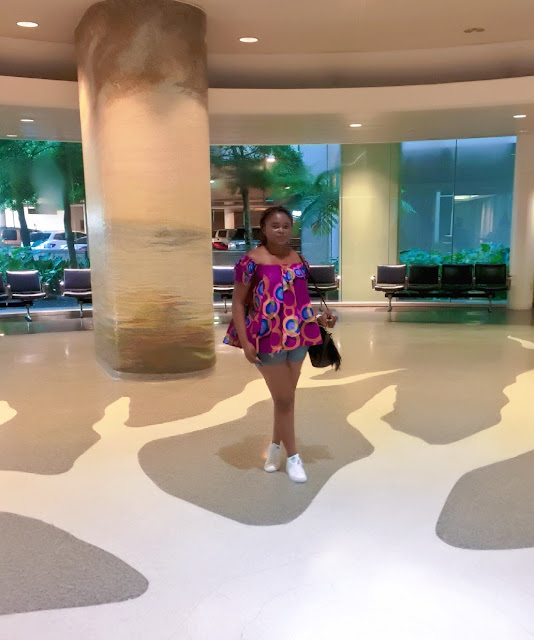 Religious Folks that I grew up with and know, especially Christians (I don't talk about a religion that I do not know) are so miserable.  let's call her Ada sent me a picture of her on a hospital bed under some kind of scan machine. If you saw this picture you would think that she's dead. I was alarmed and called, what's happening?

She said that's her in the hospital and yet it's not gotten better. I said, whats wrong with you, any diagnosis yet? She said It's terrible oh. I said, please I'm busy oh, we can't dramatize things, what's going on. Listen to her reply below... I have gone to so many hospitals, we have checked and checked and finally, the Rev. father said this is coming from our compound, that once we pack out, everything will be fine with me.

I asked again, You went to different hospitals, But it's the Rev father that told you whats wrong with you? Ada said Yes. I asked again, ( You know my brain is very allergic to Fraudsters) What did the hospital doctors say? Ada replied, we went to many hospitals, But the Rev Father said, the problem is in our compound. That once we pack out, I will be fine.

I said, You went to hospital one, two, three, then Rev father told you once you pack out of your compound you will be well, She said YES. I said, Okay - PACK OUT NA! Ada said Thats why im calling you.

I said, Okay, You have told me now, PACK OUT NA.

So when are you sending the money she asked?

I asked, what money? she said, the house rent money na, I said - Oh, you want me to give you the rents for the new house so that the sickness that doctors did not find and the reverend father found will go away when you move? She said yes, that's what I've been trying to explain to you.

Oh, It's now I understand you I said. I don't have money to spend on Foolishness Ada, It's not a business deal and you didn't give me your payment plan.

You don't pay me Sunday offering, tithes, you don't clean my house in Nigeria, or wash my car, so why do you want to reap where you did not sow? Have you asked the reverend father whom you work in his church to pay your rents for you, I mean - he gave you the solution which is a bigger problem for you.

Ada said, the reverend father only helped her to pray and saw the vision after she explained what she's going through. This was worrisome, because in the bible, according to what I used to read when I was STUPID, It said with faith like that of a mustard seed, you can tell THIS mountain MOVE and it will MOVE, Cant the reverend father tell HER PROBLEM to MOVE or better STILL tell 600,000naira to APPEAR so that her problems can be solved? She said, I should not talk like that, That he's an anointed man of God.

I reminded her that I'm an anointed woman of Satan, so why does she want my money? I get messages and request like this all the time, For some reason, Stupidity and intentional misery has taken over my people.

You are sick and the solution given to you by a priest is to pack out of your house and he knows you don't have the money - between this priest now and the BABALAWO in Nigerian movies, which one is better?