Collette Orji - How To Know If You Are An IDIOT.... 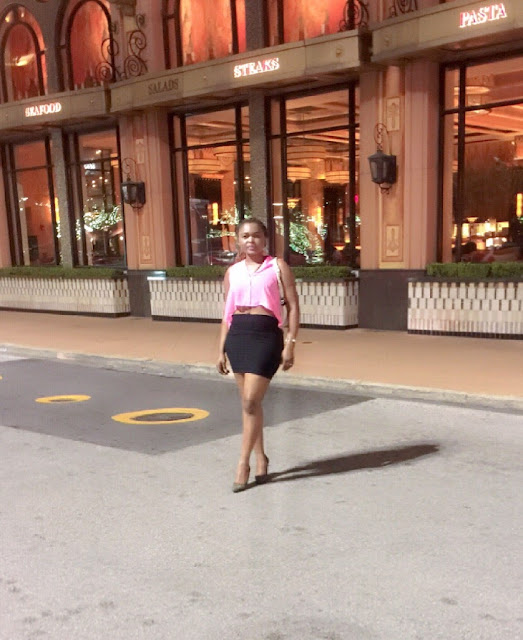 So, Recently, The video of one very beautiful actress and lovely actress went viral and I couldn't help listening over and over to the part where she was asked what she will do should her husband cheat on her?

Firstly, she said, her husband can NEVER cheat on her, and this brought all kinds of chaos and anger among the 'Children Of Anger' Called Social Media. The truth is, Are You women expecting your husbands to cheat on you? As a married woman, are you supposed to say, 'Well - he will CHEAT on me and blah blah blah?

I wrapped this across my brain on and on and I could not fathom it. You sign a CONTRACT called marriage, in a civil society where human beings have Brains, Swearing To FIDELITY is part of the deal, requirements, and conditions for marriage. Are you not suppose to absolutely be sure that both of you should be able to keep the conditions under which That marriage contract was signed? Why on earth, In the name of Grammar, don't you all ASK the priest, Judge, Clergy to JUMP or IGNORE that part of the DEAL if you know, It's an absolute WASTE of time and WORDS.

The fact that Your Husbands BREAK THE CONTRACT REPEATEDLY and you stay stuck in the marriage MISERABLE for the rest of your LOW ESTEEM lives, does not make it right, or make WOMEN who WALK out on a broken contract Tougher! They just have a low tolerant Chromosomes for Bullshit and would Rather Go their ways for their inner peace.

What caught my attention most in the video interview is what this lady said - 'IF MY HUSBAND CHEAT ON ME, I WILL CLIMB ON THE BIBLE AND PRAY AND THAT LADY WILL BECOME CRIPPLED BY MORNING'

This is the definition of IDIOCY! HO - HA!!!

Did you sign any contract with the side chic? Does she owe you any duties? I'm I saying she's Right? Hell No! That's Not the question! Gracious Lord - You women really HOLD these men to VERY LOW MORAL STANDARDS!

The worst is the way you all say MEN ARE LIKE BABIES! Are you all for real? If men are like babies, and you know that, WHY ON EARTH DO YOU MAKE BABIES THE 'HEAD' OF YOUR HOMES?

You let a he-goat who would rather use his penis to embarrass HIMSELF publicly, unable to keep to a contract, a baby MAN, go free while you blame a Side La Chic who is using her UTERUS DISRESPECTFULLY? Are You women Really That High On DESPERATION? What Kind of Culture are you guys really selling In your village markets?

A man CHOSE to disrespect You, His Penis is a public Latrine, All side Chic and BABYGIRL see his PRIVATE PARTS For BRUNCH, and you are ASHAME! Who on earth did you FREAKINGLY OFFEND? ARE YOU HIGH? You think that's what MAKES you madame VIRTUOUS WIFE?

HELLO WOMAN! YOU ARE MARRIED TO AN IRRESPONSIBLE MAN! GOSH! I had to stop writing because Most of You are the reason I started having PIMPLES ON MY FACE - Now I need Surgery for these PIMPLES.

By the way, while we are still on this TOPIC, I seriously didn't know that The Bible is that Powerful. I never knew you can STAND on the Bible and Make someone Crippled under 24 hours! WOW! And I'm still here, wasting times and writing too much grammar. Instead of Standing On the bible now so that all the side chics who are warming up for my husband can become Crippled by morning!

May all you side chics becomes a cripple in 24 hours - AMEN!!!

Or on a better note: I have this business plan I've been working on and it's been insanely difficult to get INVESTORS, I'm STANDING on the Bible Tonight, PLEASE, PLEASE, I CALL ON INVESTORS TO INBOX ME BEFORE MIDNIGHT - AMEN.

Let me come and be going BEFORE Idiocy FALL on me...That is If It's Not Already Working IN me.


Posted by cocowondersblog.com on October 09, 2017