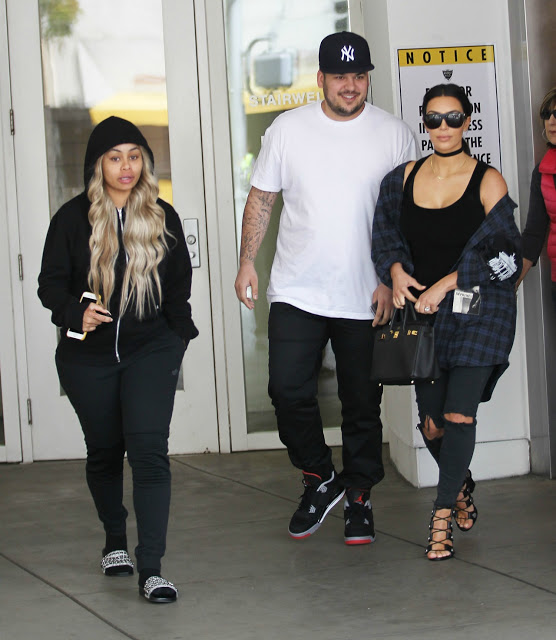 Blac Chyna on Tuesday filed a lawsuit against the entire Kardashian family, blaming them for the demise of her E! reality television show Rob & Chyna.

In the lawsuit, Chyna says the entire Kardashian family turned on her post-breakup with Rob, "slut-shaming her on social media and killing her hit television show" during filming for a second season. The lawsuit which People have obtained states: 'Rob Kardashian is an abuser intent on destroying Angela White, the mother of his baby, who left him in 2016,

'In revenge, the Kardashian-Jenner family became media predators, slut-shaming her on social media and killing her hit television show, which had already begun filming the second season.' Rob Kardashian and his powerful, vindictive family have done enough damage to Ms. White’s career and professional reputation, which she singlehandedly built from scratch—without the help of a famous last name. This lawsuit seeks to hold them accountable,' the lawsuit states.

The move comes roughly two weeks after her ex-fiancé, Rob Kardashian, filed his own lawsuit accusing her of using him and his family for financial gain. He also claims it was a mutual decision by the E! Network and the Kardashian family to cancel the show. Chyna claims Rob & Chyna had "stellar" ratings and believed the show was going to be picked up for a second season despite the couple splitting up. But Chyna alleges Season 2 was canceled due to pressure from the Kardashian family.
Posted by cocowondersblog.com on October 18, 2017