Actor emeka Ike and His Ex Wife Matters - Again! I would fight to clear myself of being called a wife beater with everything I have... 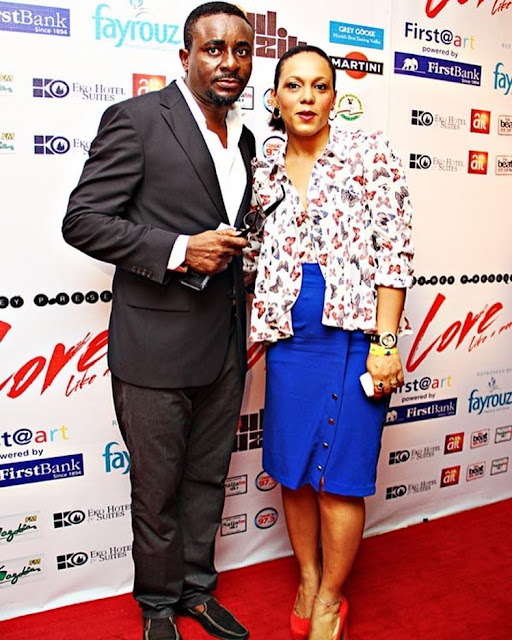 Veteran actor Emeka Ike has revealed that his ex-wife, Suzanne's favorite TV program was "women who killed their husbands." He said this in a recent interview with Punchng. . .

According to him: "The reason why I have not signed the divorce papers is because of the blackmail involved and my name that has been tarnished. She is spoiling my name; I would fight to clear myself of being called a wife beater with everything I have... .

The children are really irritated by their mother. I have a lot of evidence of child abuse against her but I am waiting for the right time to arrest her. Even in court, her son testified against her. . . She has tried to use the press against me by saying that I am a wife beater but I have never touched her in my life. Her best TV station is the criminal investigation channel; she stays up till 4am to watch the channel for over five years. . .

She watched the programmes about women who killed their husbands, children, relatives. How would you wake up by 4am and not see your wife on the bed only to go downstairs and see her watching that station as if she is taking notes. . . I had to ask her if she wanted to kill somebody.

No one is looking at all this but they would go online to say that I am bitter. Some men suffer like me but they died for nothing. That is why I dedicated my award to all the men that lost their lives to the women they loved."
Posted by cocowondersblog.com on October 14, 2017