A 23-year-old woman has allegedly killed her autistic 4-year-old son after she reportedly got tired of him.

The woman, Amelia Di Stasio, has been arrested after fire fighters found her autistic 4-year-old son, Antonio’s remains in the bathtub of their apartment in Milwaukee, Wisconsin.

The boy's arms and legs was reportedly tied to his hands with seven belts, and there was a plastic bag over his head, as it was gathered that she reportedly burnt him alive in the bathtub of their home.

DailyMail reports that Police later found Di Stasio walking down the street. When an officer approached her, she at first told him ‘lots of people look like me’, according to the report.

She then admitted to being the boy’s mother.

Neighbors said that in the days before Antonio’s death, they heard the little boy pleading: ‘Please, Mommy. Stop! I won’t do it again.’

They said Di Stasio, a single mother, told him to ‘shut up’. Others said they heard banging coming from inside the home.

The woman's family say she suffers from mental illness and may be bipolar.
Di Stasio was not in the home when police arrived at the apartment. Neighbors later told detectives they saw a 'frazzled' woman jumping from the window. 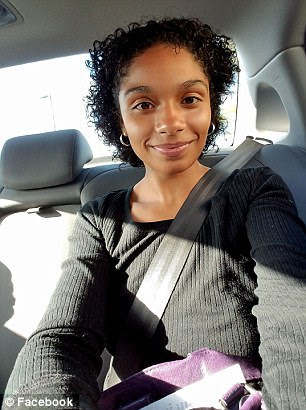