6 Common Types of Eating Disorders You Should Deal With... 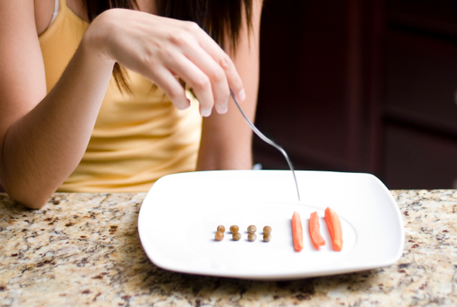 Eating disorders are a range of conditions expressed through abnormal or disturbed eating habits. These generally stem from an obsession with food, body weight or body shape and often result in serious health consequences. In some cases, eating disorders even result in death.

Individuals with eating disorders can have a variety of symptoms. However, most include the severe restriction of food, food binges or inappropriate purging behaviors like vomiting or over-exercising.

Anorexia nervosa is likely the most well-known eating disorder.

It generally develops during adolescence or young adulthood and tends to affect more women than men.

People with anorexia generally view themselves as overweight, even if they’re dangerously underweight. They tend to constantly monitor their weight, avoid eating certain types of foods and severely restrict their calories.

Common symptoms of anorexia nervosa include:

Just like anorexia, bulimia tends to develop during adolescence and early adulthood and appears to be less common among men than women.

Each binge-eating episode usually continues until the person becomes painfully full. Moreover, during a binge, the person usually feels that they cannot stop eating or control how much they are eating.

Common symptoms of bulimia nervosa include:

Binge eating disorder typically begins during adolescence and early adulthood, although it can also develop later on. Individuals with this disorder have similar symptoms to those with bulimia or the binge-eating subtype of anorexia.

For instance, they typically eat unusually large amounts of food in relatively short periods of time and usually feel a lack of control during binges.

However, contrary to the two previous disorders, people with binge eating disorder do not restrict calories or use purging behaviors such as vomiting or excessive exercise to compensate for their binges.