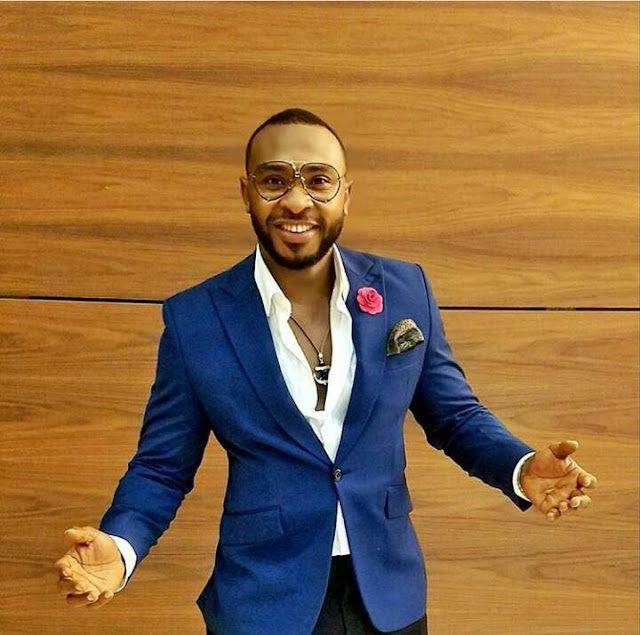 Goldenpearlmedia met the Anambra State-born actor at a recent event and he cleared the air on the speculation that a certain girl deceived him with a fake pregnancy.

Hear him: "Well, that gist came from a context from my conversion with a presenter in a talk show, about a guy that was swindled by a girl that he slept with randomly. The girl came back and said she was pregnant for him. The guy kept spending money until the child was born, even after the child was born, he continued catering for him. He later found out that it wasn't his child. So, it wasn't my personal experience. But i get lots of those messages from ladies; I'm pregnant for you. 'God told me you're my husband. If you ever marry and it's not me, it's not going to work..' Lots of such funny and crazy messages. I believe its not that all that serious," he said.

The fine boy actor also confessed that he often receives nude pictures from his die-hard female fans as direct messages on his social media handles, but that doesn't deter him from staying focused.
" I just look and ignore. Surely, they come but it doesn't move me at all.


The fear of celebrity marriage crash is also part of the worries of Nwigwe as he maintained that he is not scared of getting married to the right woman ordained by God for him, but fears what might happen after the marriage, if he walks down the aisle with a wrong bride.
'I'm not scared of getting married at all. I believe in timing. I only worry about getting married to the wrong person. I'm not willing to go through that all. That's why i have been quite careful not to make that terrible mistake," he assured.
Posted by Unknown on September 18, 2017