Under two years of Marriage, Ooni of Ife snd Wuraola are done and over and she is free to mingle now, after Benin Elders returned her bride price .

The coast seems clear now for the former wife of His Imperial Majesty, Oba Adeyeye Ogunwusi, to remarry if she wishes, as the customary bride price paid by the revered monarch has been returned fully from the elders of Queen Zynab’s Family in Benin City, TheBossNewspaper reports. . . 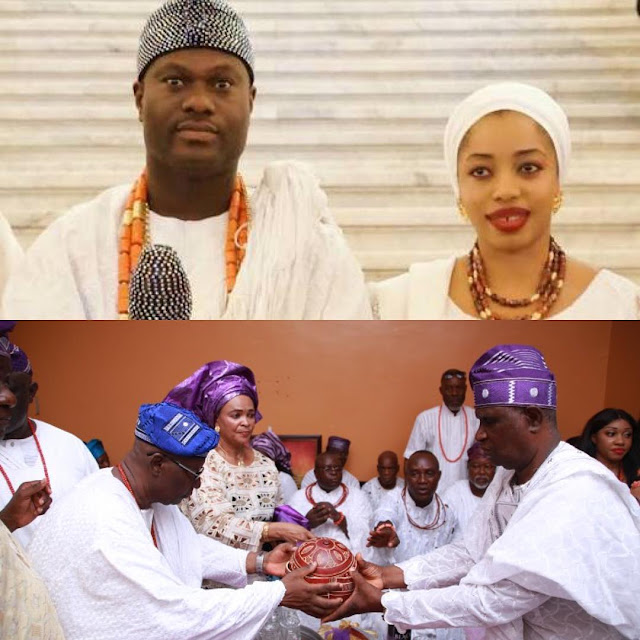 According to a source in Benin, the Ooni was initially reluctant to collect the bride price, but was persuaded by the Elders as a way of closing the controversial marriage and separation. “She’s free now, she’s free…,” the Ooni was quoted to have exclaimed afterward. . .

The Elders had sued for amicable settlement instead of a rough separation. Both families appeared relieved about this final foreclosure of the marriage that lasted less than two years. . .
According to a Yoruba source, it was imperative that the bride price be returned even as it is just a token, adding that it holds significant value and meaningful according to tradition. . .

“When a bride price is returned, the man no longer have ties or right over the woman in question, and they can only see themselves afterwards as friends if they so desire,” the Yoruba source said.
Posted by cocowondersblog.com on September 12, 2017