Nigerian Socialite Toke Makinwa gives an insight on how she stays on top.


In an interview with New Telegraph, the media personality reveals how she has been able to stay on top of her game despite the controversies surrounding her; 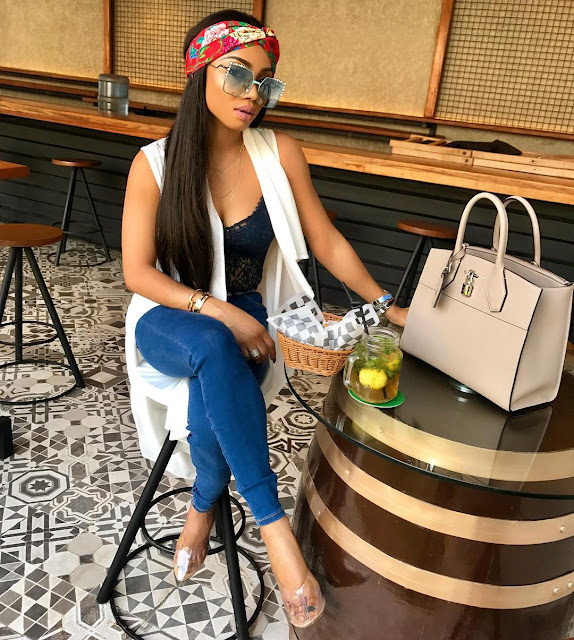 "I just don’t meddle too much in what is being said or how it is being analyzed. I simply keep it moving. God has been so incredible in my career and before I started, he told me. ‘You will hold your peace and I will fight for you’. He has not failed me yet. I just pray about the situation and remind him always that as a servant looks up to his master and a maid servant to her mistress; so I am"

"We have been getting offers to adapt the book into a film; we’re just taking our time. We’re basking in all of them, the tours, the sales and all of it. Surprisingly, Nigerians read a lot, and the records are there to show for it. The feedbacks and love are beyond measures.


I never imagined the book to be this successful. I am thankful to God for the vision and also, the strength to go through it, because, to whom much is given, much is expected.
I will let you know if there’s going to be visuals as time goes on.

On Becoming’ is an open ending title, so it’s definitely going to be a series of many books to come. My next book could be ‘On Becoming a Media Mogul’ ‘On Becoming a Wife’ ‘On Becoming a Mother’. I am really excited at the way my career is going and the events happening around. I am putting pen to paper, so you never know what next I might be sharing with the world"

Culled from New Telegraph
Posted by Unknown on September 03, 2017