You won't believe that there is a relationship between what you eat and the odor from your body, particularly for male folks... 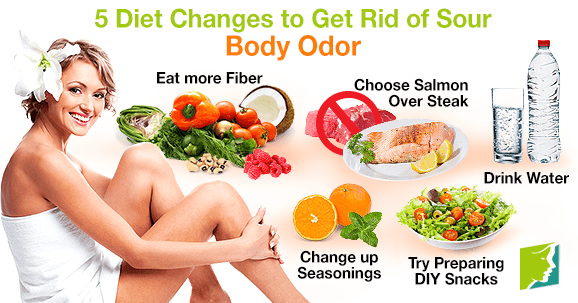 Researchers are looking into the connection between what you eat and how you smell… and whether that is attractive to the opposite sex.

An apple a day keeps the doctor away.

Turns out it may also make you smell good.

A new study, conducted by a group of psychologists at Macquarie University in Australia, looked at how diet influences body odor.

Researchers said the goal “was to determine whether human body odor — axillary sweat — is judged to have more positive attributes when a person’s diet is richer in fruits and vegetables — and therefore richer in carotenoids.”

Carotenoids are plant pigments of red, yellow, and orange hues.

To test the hypothesis, the researchers recruited 45 men and nine women between the ages of 18 and 30.

The men were instructed to log their diets for two days. During that time, the only shirts they were allowed to wear were white T-shirts.

The men were also encouraged to work out. But they couldn’t use soap when they showered. Nor could they use deodorant.

When the experiment was over, the men sent their T-shirts back to the lab along with a list of the foods they ate.

The women were then asked to rate the odor of each T-shirt based on pre-selected descriptive language.

Ian Stephen, PhD, one of four authors in this study, said the research group wasn’t that surprised by the findings.

Collectively, the group has conducted years of research on the connection between diet, attraction, and attractiveness.

“What people find attractive is related to underlying health,” Stephen told Healthline. “People who eat more fruits and vegetables have slightly yellow skin, and people with that higher level of color change [in their skin] tend to look more healthy and more attractive.”

The women added that the diets that relied heavily on meat, carbohydrates, and cheese, produced “stronger smelling, less pleasant” odors, according to the study authors.

Once the women categorized the odors, the researchers cross-referenced the diets with those T-shirts deemed to have more pleasant-smelling odors.

The researchers also used a skin spectrometer as part of their analysis to measure the amount of yellow tint in the skin of each man.

The carotenoids found in fruits and vegetables show up in skin in the form of an underlying yellow tone, according to Stephen.

The men who checked off eating more fruits and vegetables in their diet also had more yellow in their skin tone, further corroborating their theory, he added.

Garlic is likely the first thing to come to mind. Then there’s asparagus.

But can eating strawberries make a person smell sweeter?

Dr. Zhaoping Li, a professor of medicine and chief of the Division of Clinical Nutrition at the University of California, Los Angeles, said it’s not that simple.

While it’s true that certain things we eat can produce specific odors, another important component in that equation is the bacteria that live on our bodies.

“We are swimming in an ocean of microbes,” Li told Healthline.

And not all human oceans are the same.

What one person eats can end up smelling differently once they start to sweat. It all depends on their microbes.

“Eat more fruits and vegetables to prevent diseases such as diabetes and heart disease,” she said. “And it may also make you smell better. I have nothing against that message.”

But she’d like to see a more controlled study before any conclusions can be drawn. A scenario where people are “eating the same thing, living in the same conditions” would be ideal, she said.

Healthline
Posted by Unknown on September 18, 2017