The Duke and Duchess of Cambridge are expecting their third child, Kensington Palace has announced...

The Duke and Duchess of Cambridge are expecting their third child, Kensington Palace has announced. The Queen and both families are said to be "delighted with the news". As with her previous two pregnancies, the duchess, 35, is suffering from hyperemesis gravidarum, or severe morning sickness. 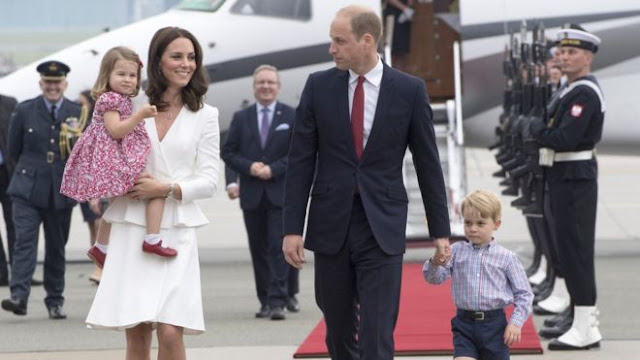 She will no longer carry out her planned engagement at the Hornsey Road Children's Centre in London today. Catherine is being cared for at Kensington Palace, the statement said. Royal baby and extreme morning sickness Severe sickness can be 'traumatic' Royal Family tree and line of succession The duke and duchess have a son, George, who is four, and a daughter, Charlotte, aged two.

With the previous two pregnancies, the couple announced them before the 12-week mark - when most women have their first scan - because of the Duchess being unwell with hyperemesis gravidarum.

Her first pregnancy was revealed when she was just a few weeks pregnant with Prince George after she was admitted to hospital in December 2012. 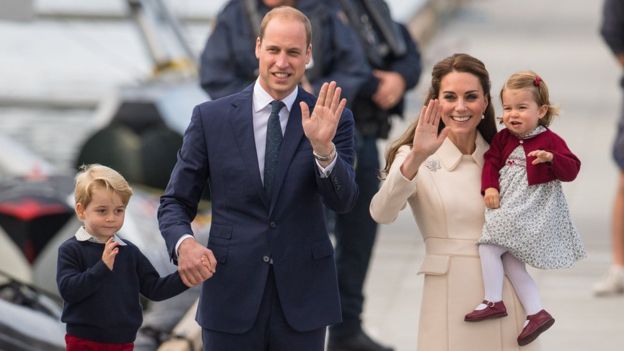 PM – This is fantastic news. Many congratulations to the Duke and Duchess of Cambridge.
— UK Prime Minister (@Number10gov) September 4, 2017

The duchess's second pregnancy with Princess Charlotte was announced in September 2014, when she was treated at the palace for the condition. Hyperemesis gravidarum affects about one in every 200 pregnancies and results in severe nausea and vomiting - with one of the main dangers being dehydration.

Once again Prince William and his wife - who are very focused on being in control - have been thwarted. And once again, it's due to circumstances outside their control. The couple have been forced to make the announcement at a time not of their choosing - and while the duchess is still in the early stages of her pregnancy - because she is suffering from very acute morning sickness. They were poised to take on more royal duties. They are now preparing to welcome another addition to their family. An addition that will attract considerable global interest. The child's grandmother is the late

Diana, Princess of Wales. This princess or prince is unlikely to be crowned monarch. As things stand, that future awaits their brother, Prince George. So there is no constitutional significance to the birth next year. But an ancient institution that already appears pretty secure has just been further buttressed. The three Cambridge siblings will fashion the future of the British monarchy well into the 21st Century. The BBC's royal correspondent Nicholas Witchell said the announcement comes at the start of a "significant week" for the family "because Prince George is due to start at big school." "Presumably his mother would be keen to take him to that, [but] whether she is going to be well enough to do that remains to be seen," he told BBC News. "It had also been expected that the Duke and Duchess of Cambridge would be taking a foreign trip this autumn," he added. "Whether they will be able to do that or whether the duchess will be well enough to do that also remains to be seen." 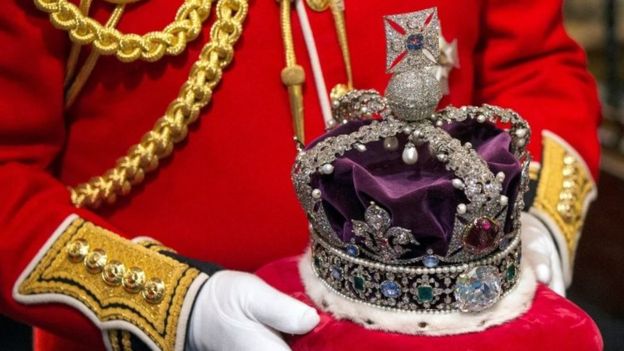 The expected child will become the fifth in line to the throne behind Prince Charles, Prince William, Prince George and Princess Charlotte. A change - which stops royal sons taking precedence over their female siblings in the line of succession - came into force in March 2015. The child will be the Queen's sixth great-grandchild. To become King or Queen as the third-born royal child is rare - and has yet to happen within the current House of Windsor. But the third child of George III and Queen Charlotte, William IV, took on the task and ruled from 1830 to 1837.

The Hanoverian king acceded to the throne aged 64 when his older brother, George IV, died without an heir. He became next in line when he was 62 and his other older brother, Frederick, Duke of York, died. Arriving in Manchester for a royal visit, Prince Harry - who will drop to sixth in line to the throne when the child is born - said the news was "fantastic" and he was "very, very happy". Clarence House has tweeted on behalf of the Prince of Wales and Duchess of Cornwall to say they are "delighted". Prime Minister Theresa May has tweeted her congratulations to the couple, calling it "fantastic news".