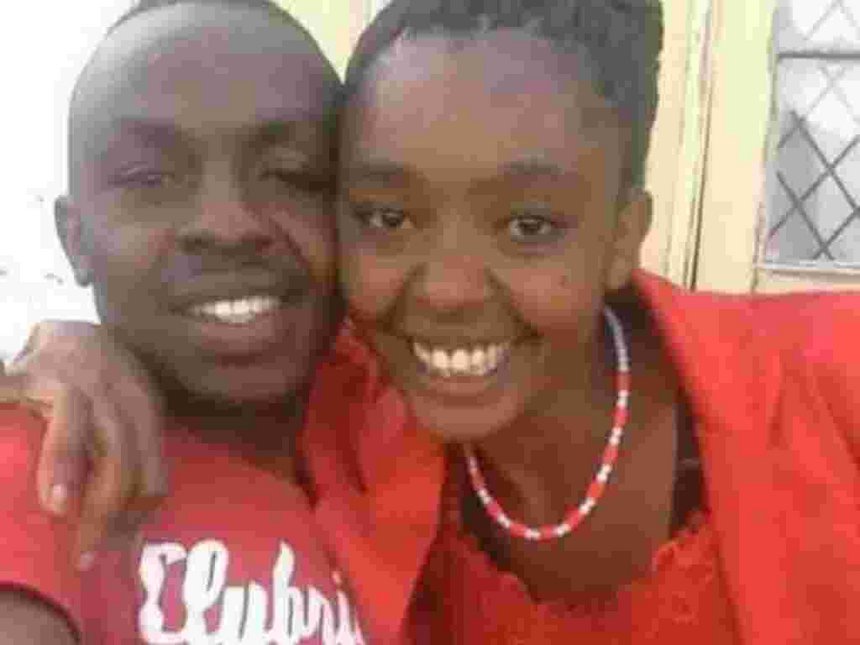 A 25-year-old man committed suicide after he stabbed his 25-year-old girlfriend to death. He had first attempted to stab himself, before ingesting pesticide. Unfortunately, these didn't work, he resorted to using a rope tied to a rafter.
This happened in Molo town, Nakuru County Kenya on Monday night, September 18. The 25-year-old man identified as Daniel Mwangi alias Dan 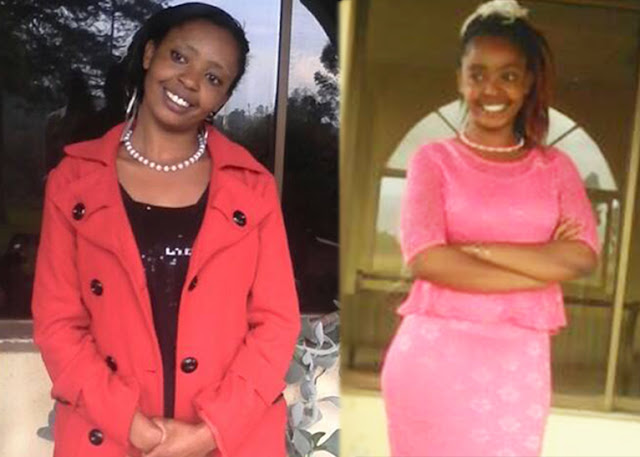 Cinta Nyambs, was found lying in a pool of blood with multiple stab wounds in the chest, neck and stomach.
Residents said Cinta and Dan had engaged in a heated argument Monday night before Cinta’s screams were heard emanating from Dan’s rental house.
According to Dan’s neighbour, Andrew Marwa, he heard Cinta’s screams at 7pm Monday, but could not gain access into Dan’s house since the house’s main door was made of steel, making it difficult to break the door open.
“At first, I thought the woman was screaming due to a robbery attack, only to be informed that Dan had killed his girlfriend before taking his life,” said Marwa. 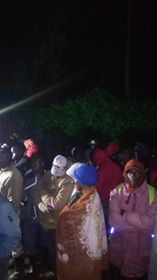 One of the residents, who broke into Dan’s house after several attempts, said the two lovebirds were already dead by the time he got access into the house.
“The house was a mess; several broken clay cups were spread in the room; a strong smell of the pesticide had filled the air,” said Dan’s neighbor, Silas Awiti.
A suicide note left behind by Dan implied that Cinta was having a love affair with another man, which sparked the fatal jealousy.
“I love her so much she cannot date another man while I’m still alive. It is so stupid of me to do this (commit murder, suicide), but why should I live?” read the note in part.
Paul Itume, a village elder in Molo, said had the neighbors responded to Cinta’s screams in good time, her life would have been saved. 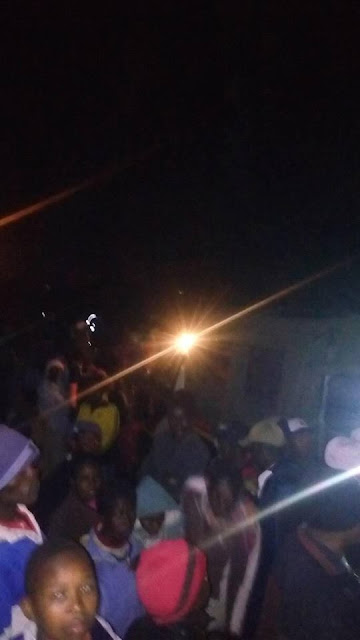 Itume expressed concern over the frequent cases of partners committing murder or suicide in Molo town, urging lovers to solve their differences amicably without resorting to violence.
Molo Deputy County Commissioner David Wanyonyi, who confirmed the incident said the loss of lives of Cinta and Dan was as a result of love gone sour. 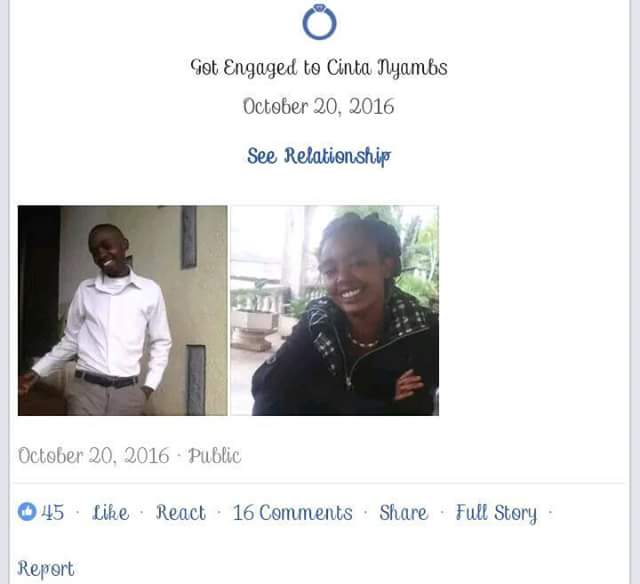 Cinta, who got engaged to Dan in October 2016, had graduated from Bondo Teachers’ Training College with a certificate in primary education.
Bodies of the two lovers were deposited at Molo Sub-County Hospital mortuary.
Posted by Unknown on September 24, 2017