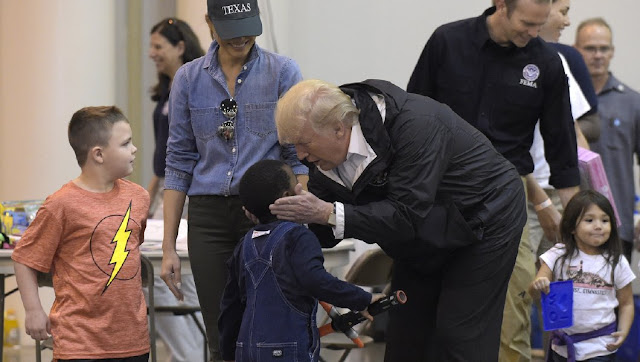 President Trump gave $1 million of his own money to charities helping the Houston area recover from Hurricane Harvey, splitting the gift among 12 nonprofits, the White House announced Wednesday.

The gift had been promised late last week. In a statement, the White House said that Trump and first lady Melania Trump had witnessed some of these charities at work firsthand during their two visits to areas of Texas hit by the hurricane, which was the biggest rainstorm recorded in the history of the continental United States.

Franklin Graham has been a key political supporter of Trump's: Last month, while Trump was under fire for his comments about the violence in Charlottesville, Graham publicly defended Trump and said the blame lay instead with Satan, for “evil in men's hearts.” Vice President Pence also met with Samaritan's Purse volunteers during his separate trip to hurricane-ravaged areas. Trump also said he would also give $100,000 to Reach Out America, a Houston-based charity connected to the United Pentecostal Church International. The remaining gifts were all for $25,000 each.

Posted by cocowondersblog.com on September 07, 2017