Mexico on Thursday ordered North Korea’s ambassador to leave the country in 72 hours in response to the Asian nation’s latest nuclear tests. Ambassador Kim Hyong Gil was declared persona non grata and will have to vacate the embassy in Mexico City, the Foreign Ministry said in an e-mailed statement. 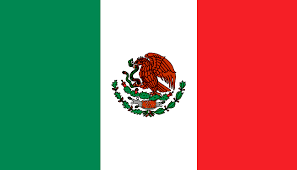 The U.S. wants the United Nations Security Council to tighten economic sanctions at a meeting on Sept. 11. The U.S. is circulating a draft resolution at the U.N. that would bar crude oil shipments to North Korea, ban the nation’s exports of textiles and prohibit employment of its guest workers by other countries, according to a diplomat at the world body.

There remain questions over how far the Security Council will go in punishing Kim’s regime after North Korea conducted its sixth and most powerful nuclear test on Sunday. Russia and China have opposed doing anything that could lead to the collapse of Kim’s regime. Analysts have said China may only agree to a partial or temporary oil exports ban.

Mexico called on the Security Council to take steps to resolve the Korean crisis in a peaceful way.
Posted by cocowondersblog.com on September 07, 2017