72 year old granddad goes back to school to enable him read letters sent by his children. 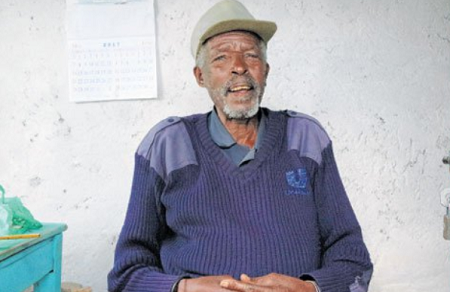 In 2003, 72-year-old Rufinus Taa marched to Korabariet Primary School, Kenya to enroll as a Class Two student. He's now proud he made that decision. See how his motivation below...

Mr Taa, known as Arap Taa by the residents of Kuresoi North, said he wanted to be able to read the letters his children sent him, in addition, to be able to write back.

Currently aged 86, Mr Taa is actually happy he made the decision to go back to school despite his advancing age.

“I have learned to read, write in addition to I can communicate with people in English in addition to Kiswahili. What else could I ask for?” he says.

Richard Korir, a teacher at Korabariet Secondary School, said Mr Taa was an active member of the Guidance in addition to Counselling club.

Although he would certainly have loved to study Medicine, Mr Taa is actually well-versed with herbal treatment, a skill he learned from his mother.

He currently works at his former high school as a watchman, a job he says gives him fulfillment
Posted by Unknown on September 09, 2017