***You and Your Husband OWN Your Child Dear Woman: The Father of the child does not OWN the child*** - Collette Orji


A woman will have a child and you will see some group of Patriarchal Old testament archaic constitutionalised fools will come to take the child saying - I am the father of the child and the father owns the child. 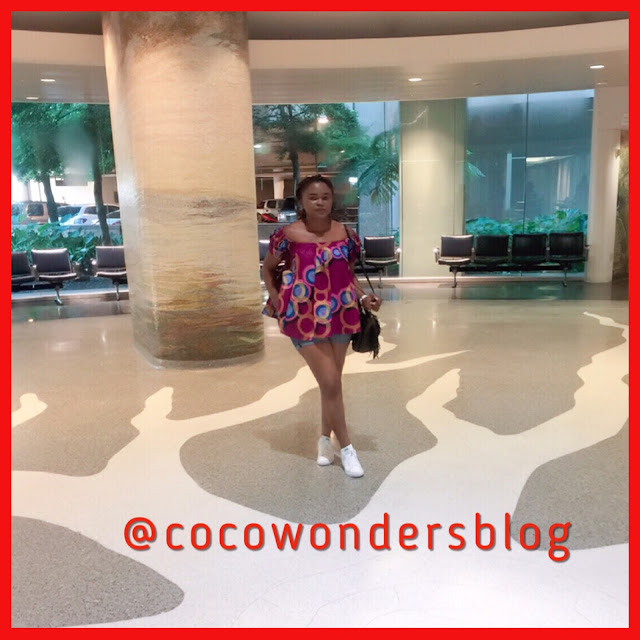 Try to ask them questions and they will explain using their great grand mothers days and the bible that was written 2000 years Ago by Men who intended to make the woman a slave FOREVER! Absolute Nonsense & rubbish! How do you think those stupids laws came about? Because IT WAS WRITTEN BY MEN WITH PENISES.

Well, we are in 2017, and women have arrived. It's been a messy journey but women have finally started unlearning the patriarchal and relearning Humanity and Gender Equality. Dear woman, your child is your child. 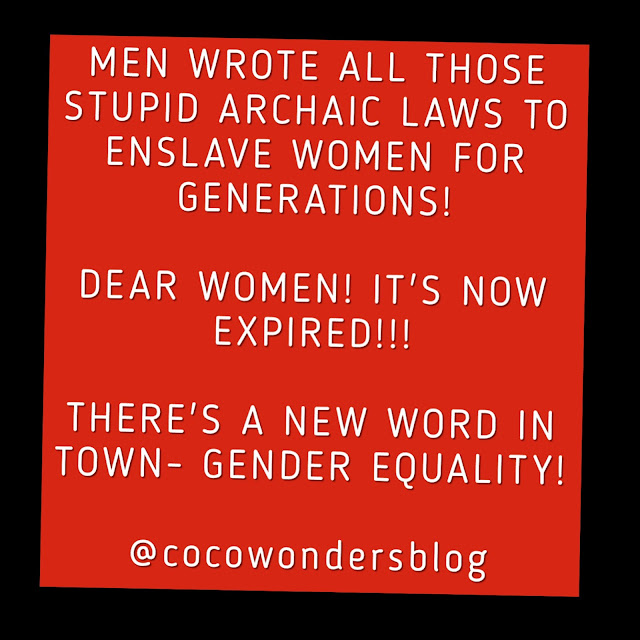 When the father wants to be a father and not a dick - Great. But if he messes up with these 'nonsenses' old way of life written by men, kindly refer him to BABYLON!


Women, please get empowered, please! Talking nice and stupidly does not mean you have sense or you are a nice human, it simply means You have refused to acknowledge who you truly are and grow for the good of humanity. 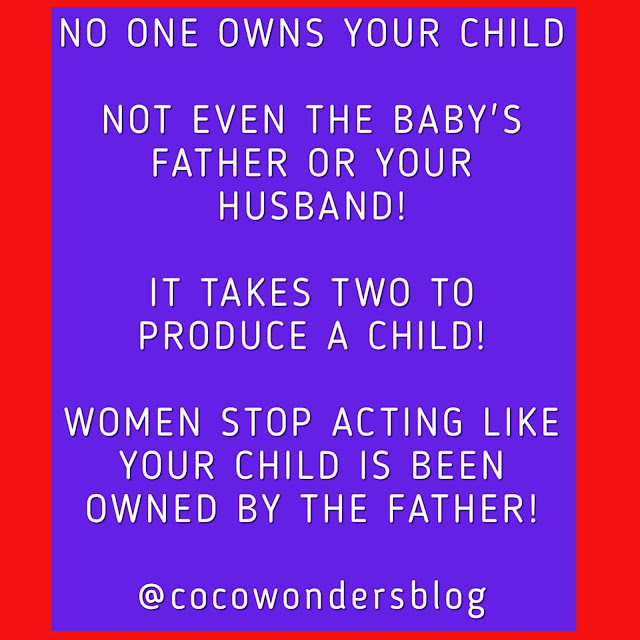 No single parent owns the child and should someone be given that alternative anyways - We all Know It's the mother because she has to nurse the child in those early months.

Those laws that you had in your head, was written by MEN, MEN, MEN, AND MEN ONLY.
Breaking News - There are new laws, for such a time as today - Your baby's father does not OWN Your child.

Posted by cocowondersblog.com on August 16, 2017