Side chick reports hubby to wife for cheating on her...

According to a story and screenshots of chats shared on psychologist, Joro Olumofin's page. a lady who is dating a married man reported him to his wife after she found out he cheated on her with two of her friends. 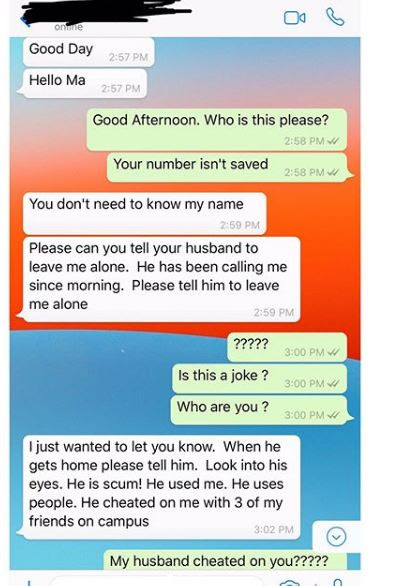 According to the man's wife who sent the mail. She received the messages from the lady asking her to warn her husband to stop disturbing her after he cheated on her. The sidechick even sent screenshots of messages between her and the man who was begging her not to leave him and claimed to be managing his wife. Read the chats below.. Chat between sidechick and cheating husband 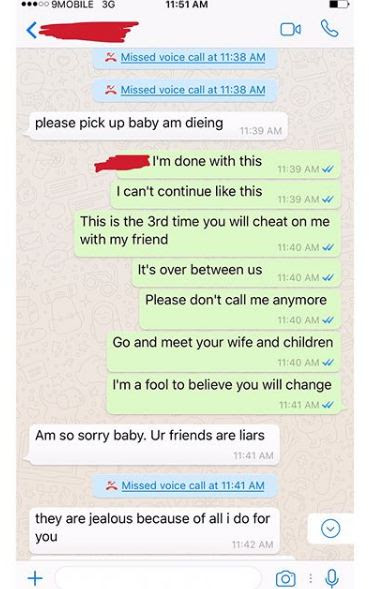