Some Born-again Christians return WAEC certificates for cheating in Nigeria...

Twenty-nine born again Christians have returned their certificates to the West African Examinations Council (WAEC) for engaging in examination malpractice when they sat for the exams. 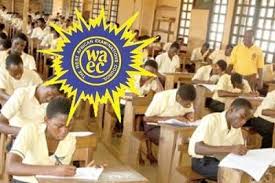 The council also announced the cancellation of 151 certificates already issued to candidates that sat for both school and private examinations who were later found to have engaged in examination malpractices.