Nigerians are Looking For their president oh... Please did you see our president?

Anxiety mounts over the departure of the Presidential jet from London ON AUGUST 1, 2017. 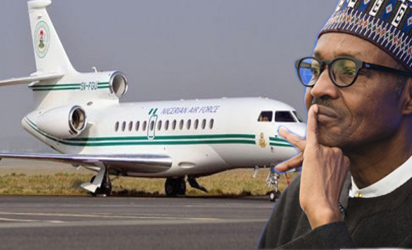 We ‘re not aware of that—-Presidency By Johnbosco Agbakwuru ABUJA –

But the media team of President Muhammadu Buhari denied knowledge of such thing, saying that it should be taken as rumor as there was no information available to them suggesting that the President had left London where he is on medical vacation.

Recall that President Buhari had left the country on 7th May to see his doctors in London, the United Kingdom and had handed the button of leadership to the Vice President, Prof. Yemi Osinbajo to act on his behalf.

However, there have been insinuations in some quarters that the President’s health had recorded a remarkable improvement that would warrant him to return to the country soon. The speculation about the President’s return was rife Tuesday when some sources in London had claimed that Mr. President’s aircraft had taken off from there to Abuja even as it was reported that some staff at the Presidential Villa had been on standby since Monday.

According to him, “BBC also called me and said the president’s aircraft had taken off, I should confirm it.

I said the tradition is that if the president is coming, we will be asked to issue a statement but there has been no such instruction.

” As at the time of filing this report late Tuesday night, there was no confirmation to the effect that the presidential aircraft had left London and there was no movement within the Presidential Villa to support the rumor.

Coco's note: Please, let us know where our president is!
Posted by cocowondersblog.com on August 02, 2017