Role model couple, Francis and Amara Van-Lare have sadly announced their divorce on their social media pages. This news came as a shock to many of their followers, as they were couple goals for a lot of marriages. The couple got married on the 11th of October, 2014 in Atlanta Georgia, in a colorful wedding ceremony. 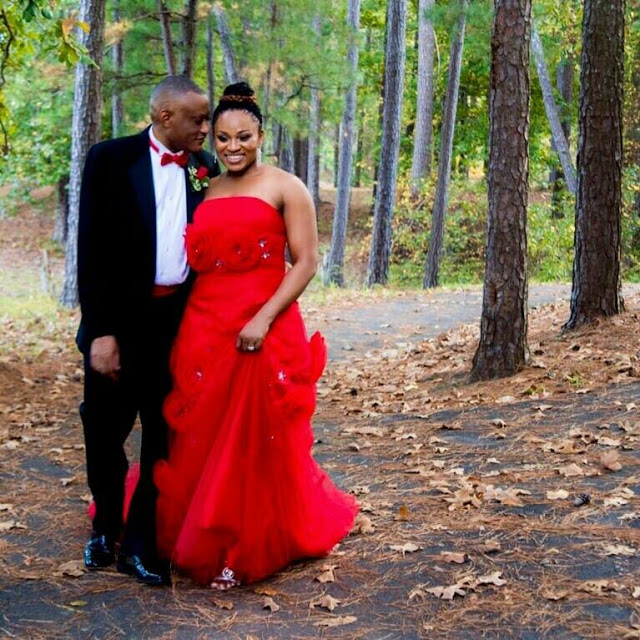 They are blessed with seven children from their previous marriages. No one can say exactly why they parted, but it was Francis who first posted a cryptic message on Facebook in the early hours of Monday, leading many to wonder if all was well in the Van-Lare household. “As I arrived the holy land I told God to vindicate me for my decision to go my own separate way for I have not done anything wrong to her and her four children to be treated the way I have been last two years.

I still believe my peace and joy is out there and she will show up one day.”

Later in the evening, Amara who has since removed her “Van-Lare” surname on social media, confirmed that they had truly parted ways and asked for privacy and prayers at this time. 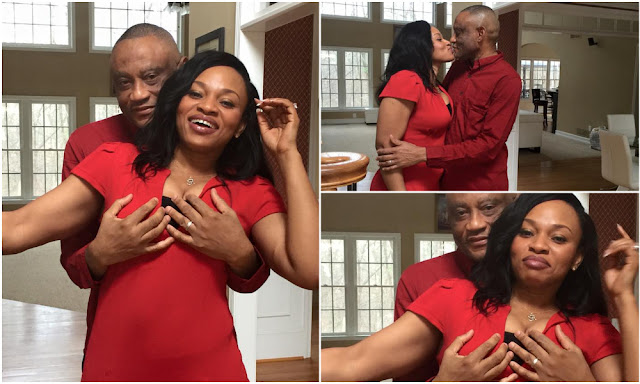 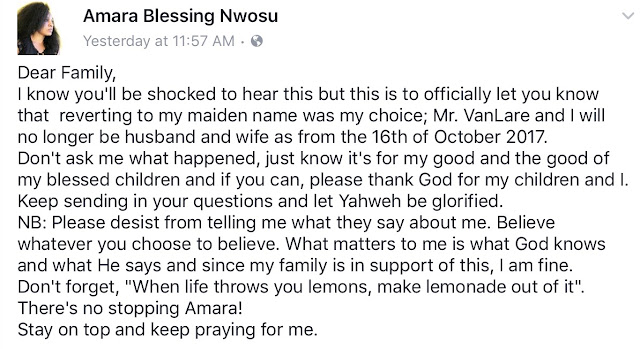